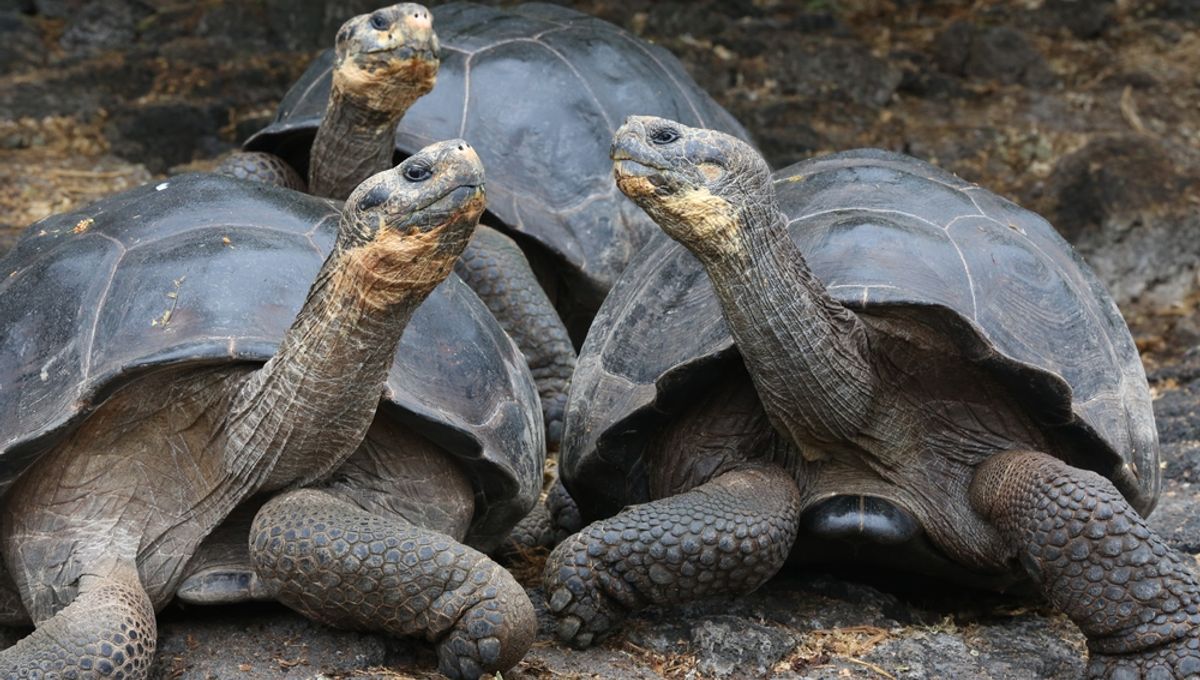 The death of four Galápagos tortoises has sparked an investigation by Ecuadorian authorities who suspect the gentle giants may have been poached for their meat.

A special division specializing in crimes against the environment and wildlife has launched a preliminary investigation into the alleged “hunting and slaughter” of the four giant tortoises found in the wetland complex of the Galápagos National Park, according to a tweet from the State Attorney General’s Office on Monday.

Galápagos Conservancy said in a statement that the Provincial Attorney General of Ecuador believes the giant tortoises may have been hunted for their meat.

The shocking news comes less than a year after the remains of 15 slaughtered Chelonoidis guntheri tortoises were discovered in a remote area of Sierra Negra Volcano in Galápagos National Park. Once again, it’s suspected these giant tortoises were poached for their meat or shells.

There are currently 15 different species of giant tortoises in the Galapagos, most of which are facing some threat of extinction, according to the IUCN Red List.

When Charlies Darwin came to the Galápagos Islands in the 1830s and drew inspiration for his landmark book, On The Origin of Species, the number of giant tortoises was high. However, over the course of the past 200 years, their numbers have continually dwindled.

The introduction of invasive species played a strong role in the tortoises’ decline, but a prime factor was poaching by whalers and sailors visiting the island. These slow-moving beasts were exceptionally easy to hunt and, unfortunately for them, humans developed a huge appetite for their flesh.

It’s no secret that Darwin and the crew of the HMS Beagle indulged themselves on giant tortoises, tossing their empty shells overboard as they made their voyage.

William Dampier, a 17th-century British pirate based on the Galápagos, reportedly said that the islands’ giant tortoises were “extraordinarily large and fat, and so sweet, that no pullet eats more pleasantly,” while French explorer François Leguat said their meat “tastes something like mutton.”

While population numbers of many Galápagos giant tortoises are on the rise thanks to conservation measures, it looks like some people haven’t learned from the reckless past.