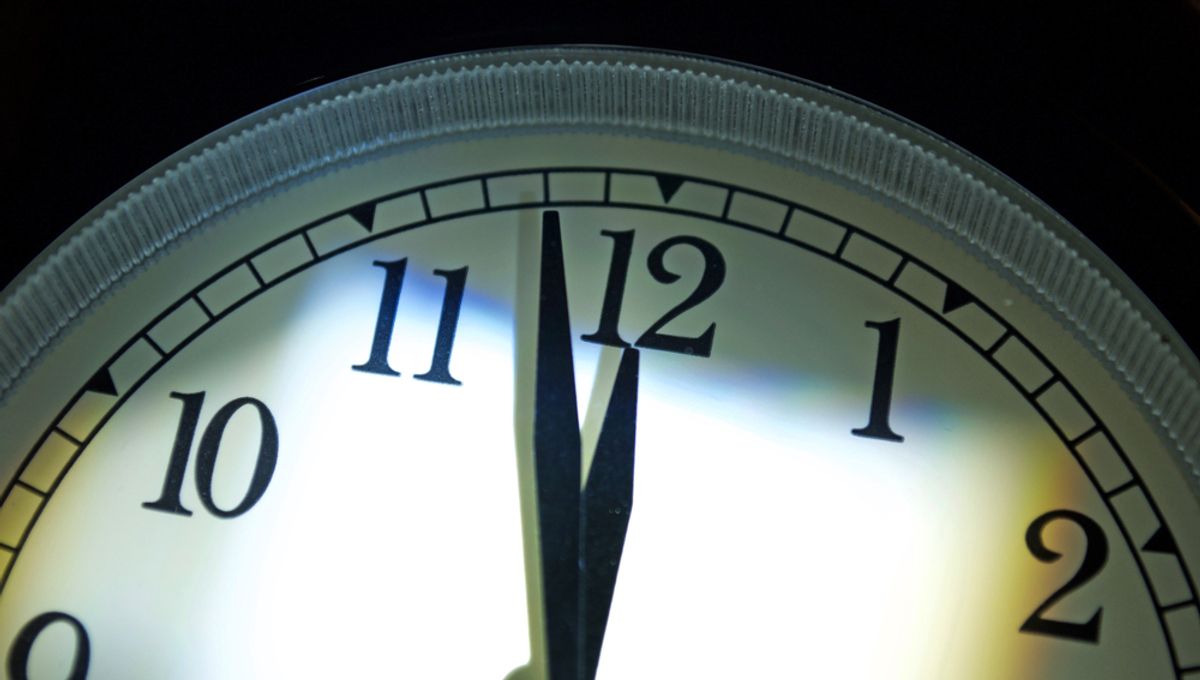 The Bulletin of the Atomic Scientists has announced that the Doomsday Clock has moved forward to 90 seconds to midnight in 2023. Midnight represents “doomsday”, so the closer the clock moves to the fateful time, the closer we are to a catastrophe that could wipe out humanity. This is now the closest it has ever been. For the last three years, the clock has been placed at 100 seconds to midnight, the closest it had ever been to doomsday since its creation in the late 1940s. This year’s announcement doesn’t come as too much of a surprise, though.

“We at the Bulletin believe that because humans created these threats, they have the ability to reduce them,” Dr Rachel Bronson. President and CEO of Bulletin of the Atomic Scientists said in a press conference.

The announcement was made in English and for the first time in Ukrainian and Russian to make a statement about the danger of the unprovoked Russian war against Ukraine.

Why does the doomsday clock move?

The clock as a warning symbol for humanity’s ability to destroy itself was put forward in 1947. There at the beginning of the Atomic Age, it became clear that an atomic war between the US and the USSR could wipe us out. Research has shown that even a small-scale atomic war could kill tens of millions in a few hours and then five billion people would die from the subsequent famine. Back at the start, the clock was seven minutes to midnight.

The furthest the doomsday clock has been from midnight was 17 minutes, achieved in 1991 following the easing of the tension between the former Soviet Union and the United States. Crucial to this was the reunification of Germany and the signing of the first Strategic Arms Reduction Treaty.

Russia’s invasion of Ukraine and the risk of destruction of its civil nuclear facilities as well as the threat of deployment of a nuclear bomb were certainly crucial factors in the decision. This has led to an arms-stockpiling both in Europe and Asia.

But the last year was also a year of inaction when it came to both climate change and the pandemic. The failure of strong commitments from COP 27 and more waves of COVID-19 which have been left to run rampant, show governments continue to fail to plan for a safer future.

The fact that major emitters of greenhouse gases have done little to curb emissions and that disruptive technologies, both bioweapons and cyber-warfare, the latter of which has led to a proliferation of misinformation, have little regulation were major considerations in the shift in timing.

After 76 years of warning, you may hope that governments might be more cautious about the danger of nuclear war, but this is not the case. So scientists have to continue to cover the stockpiling of nuclear weapons, which are now found in even more countries than ever before. There are over 13,000 nuclear warheads out in the world. The timing shows that humanity’s risks of self-annihilation have never been greater but it is also a reminder. It does not have to be this way, and a better and safer world is possible.

Source Link: Breaking: Doomsday Clock Moves Closest To Midnight It Has Ever Been