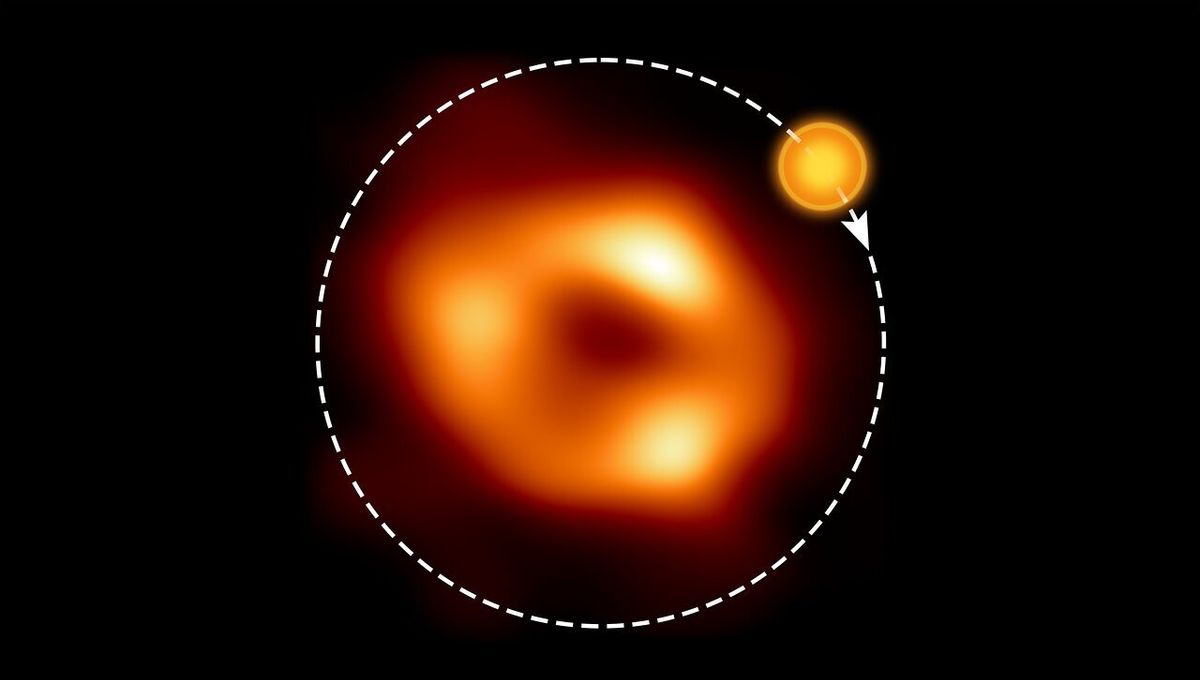 A bubble of hot gas has been detected swirling around Sagittarius A*, the supermassive black hole at the center of the Milky Way. Moving at a velocity of around one-third the speed of light, the hot spot provides new insights into the type of environment that surrounds our home galaxy’s black hole.

“We think we’re looking at a hot bubble of gas zipping around Sagittarius A* on an orbit similar in size to that of the planet Mercury, but making a full loop in just around 70 minutes,” said Maciek Wielgus of the Max Planck Institute for Radio Astronomy in a statement.

“This requires a mind blowing velocity of about 30 percent of the speed of light,” continues Wielgus, who has co-authored a new study describing the discovery.

Such an observation comes off the back of the Event Horizon Telescope collaboration, which brought together eight radio telescopes from around the world to reveal the first-ever image of Sagittarius A* earlier this year. The hot spot was detected when astronomers analyzed data from one of these telescopes in isolation – namely, the Atacama Large Millimeter/submillimeter Array (ALMA), located in the Atacama Desert in Chile.

While recording data in April 2017, ALMA happened to detect a flare emitted from the galactic center. Such flares are thought to arise from the magnetic interactions caused by pockets of hot gas orbiting very close to black holes at incredible speeds.

However, confirmation of this theory has proved tricky – flares like this have previously only been observed by X-ray and infrared telescopes. ALMA, on the other hand, can detect polarized radio emissions, thus enabling astronomers to study the magnetic field around Sagittarius A*.

“What is really new and interesting is that such flares were so far only clearly present in X-ray and infrared observations of Sagittarius A*,” says Wielgus. “Here we see for the first time a very strong indication that orbiting hot spots are also present in radio observations.”

Summarizing the implications of this observation, co-author Monika Mościbrodzka explained that “we find strong evidence for a magnetic origin of these flares and our observations give us a clue about the geometry of the process.”

For instance, analysis indicated that the bubble of hot gas sits within a churning disk of material that swirls around the black hole in a clockwise direction. This, in turn, provides new clues as to the shape and motion of the magnetic field around Sagittarius A*.

While these findings bring us a step closer to understanding the weirdness that lurks in the center of our galaxy, more detailed observations of future flares will be needed to demystify the black hole’s surroundings.

“Hopefully, one day, we will be comfortable saying that we ‘know’ what is going on in Sagittarius A*,” says Wielgus.

The study was published in the journal Astronomy & Astrophysics.