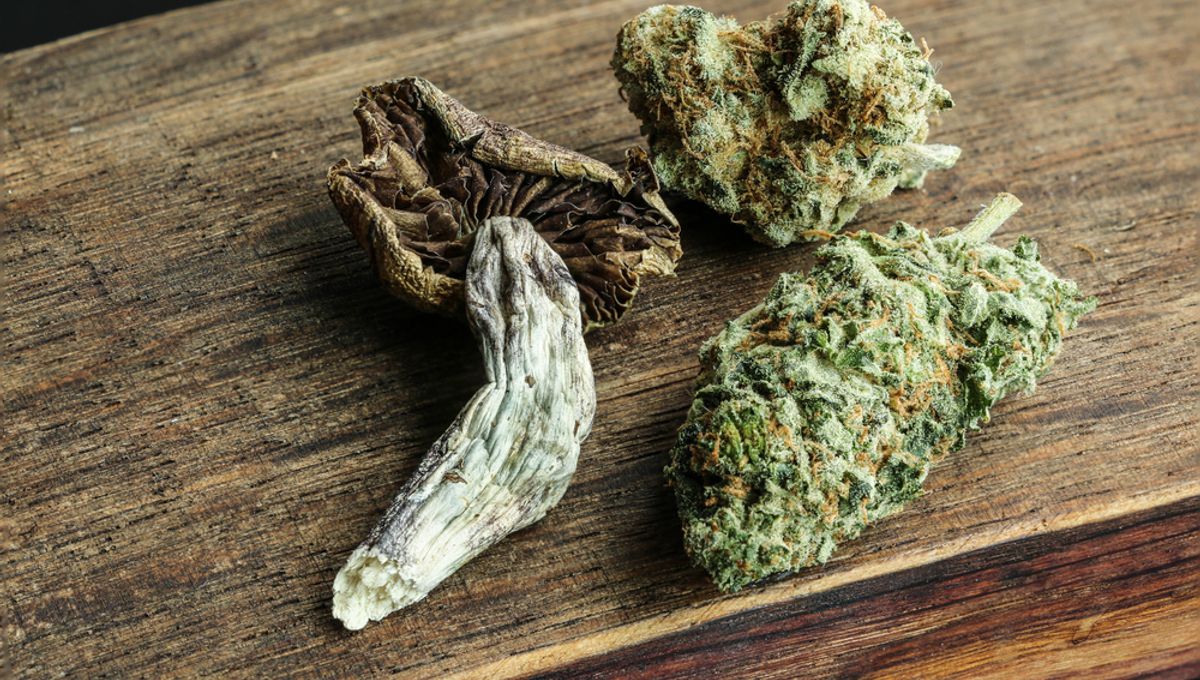 A 49-year-old woman with advanced metastatic breast cancer has successfully halted the spread of the disease with chemotherapy alongside cannabis oil and magic mushrooms, according to a new case report. After halting her conventional cancer treatment, the patient remained disease-free for 18 months while using only cannabis and psilocybin, but experienced a recurrence when she stopped self-medicating with these psychoactive drugs.

Sensational as this sounds, it’s important not to get carried away by a single case study or to jump to conclusions about whether or not weed and psychedelics were responsible for the patient’s remarkable recovery. Being an observational study, the report does not provide any biomedical analysis of the woman’s disease progression or treatment protocol.

The patient was first diagnosed with stage IV breast cancer in August 2018 and soon learned that the disease had spread to her bones, liver, and lymph nodes. She was immediately prescribed a course of chemotherapy and took the personal decision to begin self-treating with cannabis oil. From November of that year, the patient also underwent her first session of psychedelic therapy, ingesting a large dose of magic mushrooms under the supervision of a trained therapist.

Incredibly, scans conducted in January 2019 revealed that the cancer had completely vanished, with “no evidence of residual or recurrent disease.”

“This highlights in the first phase of treatment the possibility of the therapeutic adjunctive effect of both psychedelics and cannabinoids in treating metastatic breast cancer,” say the study authors.

Chemotherapy was subsequently stopped while the patient continued to take daily doses of cannabis oil plus magic mushroom microdoses. She also went a further three sessions of high-dose psychedelic therapy over the next two years.

Follow-up scans in September 2019 indicated that the cancer had not returned, at which point the patient reduced her cannabis intake to 56 percent of the initial dose while also temporarily halting the shrooms. However, further tests conducted in June 2020 revealed a recurrence of the disease.

“This brings up the possibility that withdrawal of the cannabinoid and psychedelic therapies may have contributed to the return of the cancer,” write the study authors.

Having received this news, the patient reintroduced psychedelics to her treatment regimen and boosted her cannabinoid ingestion. By October 2021, a “stabilization” of the illness was observed, although no details are provided as to the severity of the cancer at this stage.

Though the researchers are unable to explain how or indeed if this self-medication approach successfully arrested the patient’s cancer, they do point to pre-clinical studies hinting at the tumor-busting potential of both cannabis and psychedelics. For instance, research has shown that compounds in weed and magic mushrooms may inhibit a protein called Hypoxia-Inducible Factor (HIF)-1, which facilitates the development of blood vessels within tumors.

However, this has yet to be demonstrated in human cancer patients and there is no hard evidence that either cannabis or psychedelics have any direct impact on tumor development.

Nonetheless, the study authors conclude that “the overall picture of the case presents the strong possibility that cannabinoids and psychedelics have played an important modulatory or additive role to standardized treatment, which warrants further exploration.”

The study was published in the journal Drug Science.

Source Link: Cannabis And Psilocybin May Have Helped This Woman’s Breast Cancer Treatment