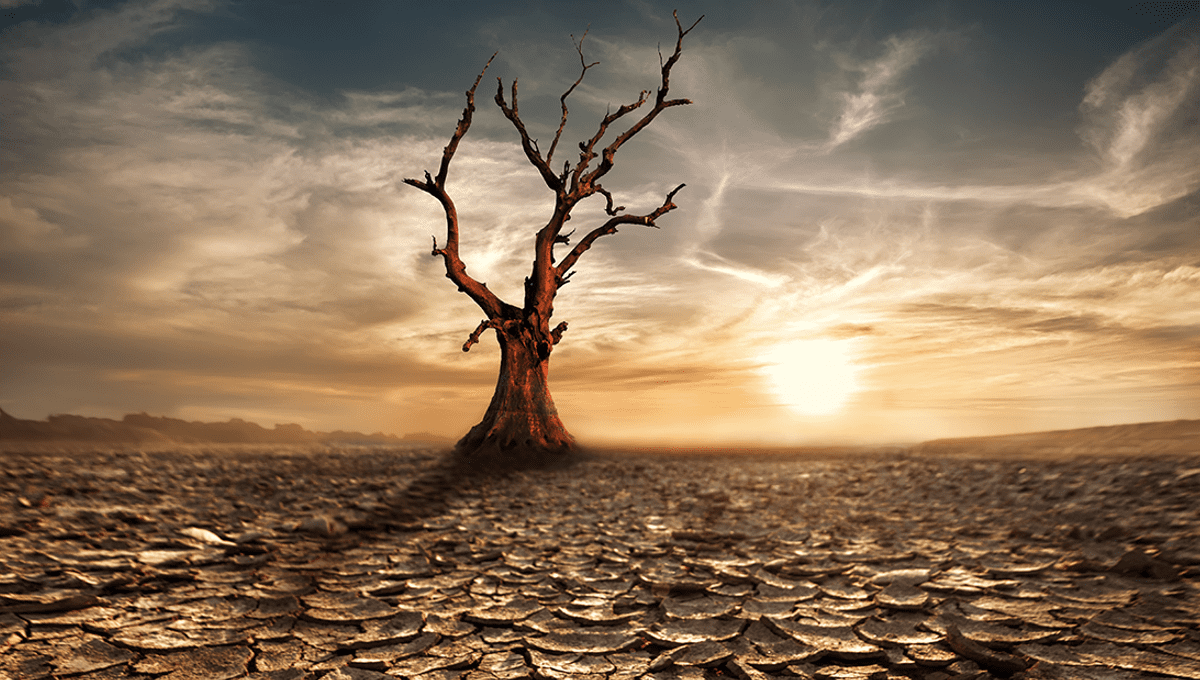 Think of an extinction event and your mind probably leaps to the asteroid that killed the dinosaurs – but Earth has been through five mass extinction events (so far) and is possibly going through our sixth.

As well as this, a strange 10-million-year gap in coal created around the time of the extinction – known as the “coal gap” – suggests that vast numbers of coal-forming trees went extinct during the event, taking millions of years to recover.

Finding a time period in the fossil record where there is a sudden drop-off in species numbers is, apparently, the easy part. Scientists have proposed a number of explanations for the extinction and the causes behind them – from a catastrophic release of methane from the ocean floor to our old friend the asteroid impact.

From studying rocks that formed at the time of the extinction, we know that oceans and shallow waters lacked oxygen in the late Permian period. Lack of oxygen (aka anoxia) looks like it certainly played a part in the extinction event, as well as having a domino effect.

Sulfate-reducing microorganisms, which can perform anaerobic respiration using sulfate rather than old reliable O2, likely thrived in these low-oxygen environments. The hydrogen sulfide byproduct they produce, as well as turning oceans sulfidic as a side order to their lack of oxygen, could have been released into the atmosphere. Here, it may have poisoned plants and damaged the ozone layer, exposing life to killer levels of UV rays about 250 million years before it had developed sunscreen, plus heating up the planet in the process. Heating the oceans, in turn, could have caused frozen methane in the oceans to be released into the atmosphere, compounding the problem.

One alternative explanation for the extinction, proposed by a team from MIT in 2014, is perhaps the most worrying. Could the biggest extinction event the world has seen be caused by microbes?

Daniel Rothman, Professor of Geophysics at MIT, and his team noticed the rise of a certain microbe around the time of the extinction. Methanosarcina, a single-celled organism, became capable of digesting organic matter, producing methane as a byproduct, thanks to a single gene transfer from the bacteria Clostridia.

The hypothesis is that Methanosarcina thrived at this time, spewing methane into the atmosphere and disrupting the carbon cycle, causing (or adding to) the disruption of the carbon cycle and ultimately fueling the extinction event.

The chemical process involved in the microbes creating methane involves the metal nickel – meaning that if the team couldn’t find a corresponding higher amount of nickel during the extinction event, the hypothesis could effectively be discounted. However, the team looked at the most-studied sediments in South China, and found high levels of nickel, possibly backing up the theory.

“A single horizontal gene transfer instigated biogeochemical change, massive volcanism acted as a catalyst, and the resulting expansion of acetoclastic Methanosarcina acted to perturb CO2 and O2 levels,” the team concluded in the study.

“The ensuing biogeochemical disruption would likely have been widespread. For example, anaerobic methane oxidation may have increased sulfide levels, possibly resulting in a toxic release of hydrogen sulfide to the atmosphere, causing extinctions on land.”

The team stressed that, though more evidence is needed for the theory, the study could show how sensitive the Earth is to evolution in microbial life.

“The implications for today are that there [are] many ways in which natural fluctuations can happen in Earth’s carbon cycle,” Rothman told The Conversation. “When studying the changes happening to the carbon cycle now, we should try to take into consideration as many of those as possible to make future predictions.”

The study is still far from conclusive, with other explanations – or perhaps a combination of events – still very much in the running. It is also not possible to pin down precisely when Methanosarcina evolved to begin producing methane as a byproduct.  However, if this hypothesis is correct, it’s possible that up to 90 percent of the planet’s species were knocked out in part by a single gene transfer in a single microbe.

Given the sheer volume of microbes on Earth, that isn’t the most reassuring possibility we’ve ever heard.

Source Link: Could Earth's Biggest Extinction Event Have Been Caused By A Single Gene Transfer?