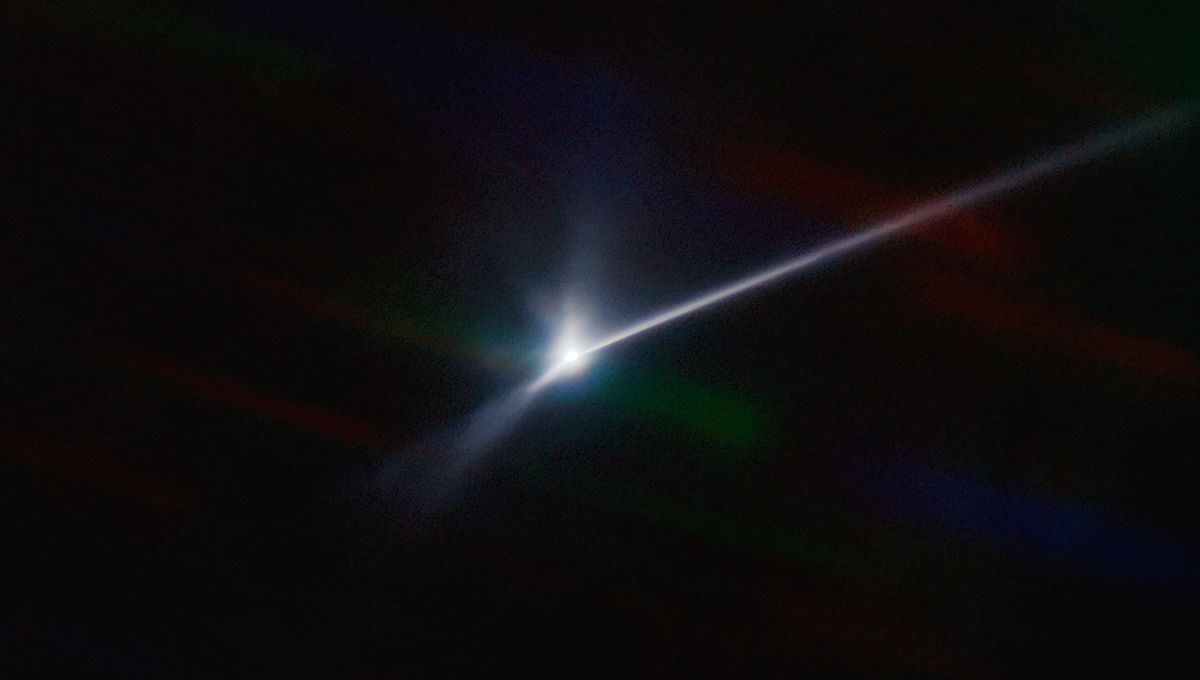 Last week, NASA’s DART successfully slammed into the surface of Dimorphos, the small body that orbits asteroid Didymos. The goal of the mission is to show that we can deflect an asteroid by changing its orbit – and while it is too early to confirm that, astronomers are getting all types of insight into the event.

Researchers from the National Science Foundation’s SOAR telescope in Chile imaged the binary asteroid and discovered that the impact is leaving a trail of debris behind. Just two days after the impact, this tail extended for more than 10,000 kilometers (6,000 miles).

Like in a comet, sunlight played a role. However, instead of making the surface sublimate, light from the sun is pushing the dust particles creating the structure seen by astronomers Teddy Kareta and Matthew Knight.

“It is amazing how clearly we were able to capture the structure and extent of the aftermath in the days following the impact,” Kareta, from Lowell Observatory, said in a statement.

“Now begins the next phase of work for the DART team as they analyze their data and observations by our team and other observers around the world who shared in studying this exciting event,” added Knight, of the US Naval Academy. “We plan to use SOAR to monitor the ejecta in the coming weeks and months. The combination of SOAR and AEON is just what we need for efficient follow-up of evolving events like this one.”

The whole spacecraft weighed about 500 kilograms (1,100 pounds), like a small car, and traveled at 6.6 kilometers (4.1 miles) per second. The impact is expected to have reduced the velocity of Dimorphus by 0.4 millimeters per second. That is a tiny amount, but scientists expect it will be enough to create a change over time. By reducing its velocity, the moonlet will move closer to Didymus. The team expects that its eventual orbital period, currently at 11 hours and 55 minutes, will be reduced by about 10 minutes

Detailed measurements of the shift in orbit will be conducted with telescopes from Earth and space – but the true follow-up will be the Hera mission from the European Space Agency. It will arrive at the binary asteroid system in 2027 and will provide a detailed analysis of the effect of DART on Dimorphos.