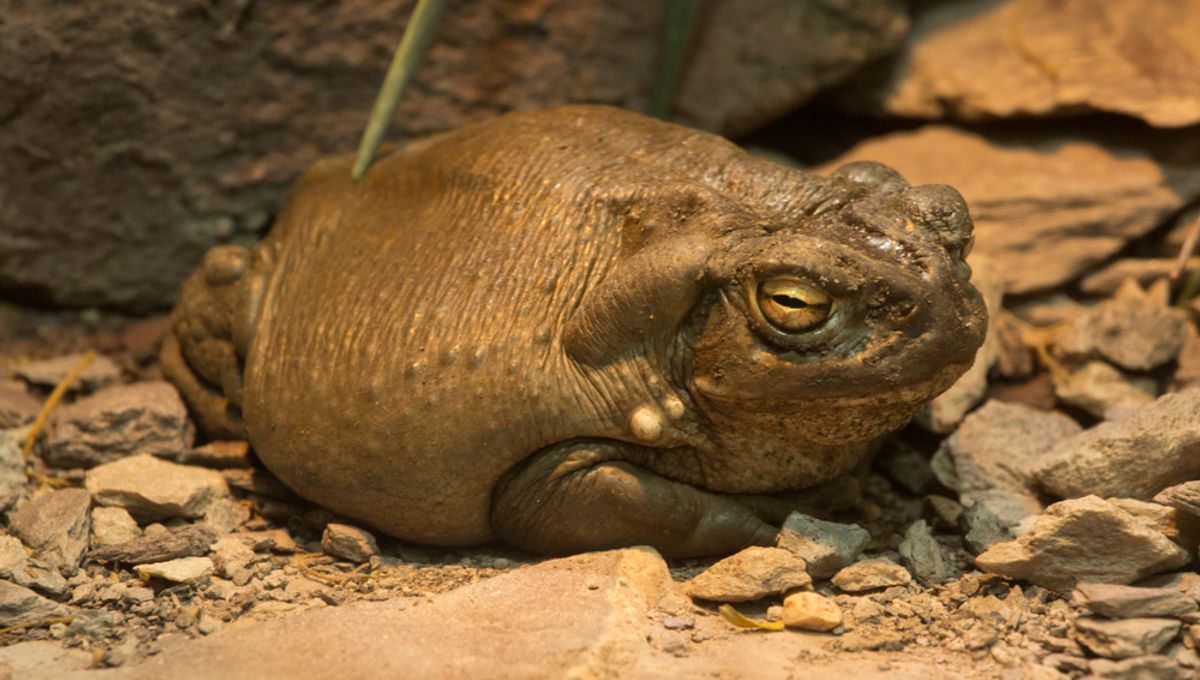 The National Park Service is begging people to not lick the toxic toad that might make you have a psychedelic trip, no matter how much you want to try it. The Sonoran desert toad, Incilius alvarius, is a large toad that can be found in the southwestern United States and Mexico and is known to secrete toxins that can mimic DMT when ingested (or kill you, it’s a toss-up).

Of course, this has prompted some highly intelligent members of the general public to lick them in an attempt to try it out, with some disastrous effects.

“These toads have prominent parotoid glands that secrete a potent toxin. It can make you sick if you handle the frog or get the poison in your mouth,” the National Park Service wrote in a Facebook post.

“As we say with most things you come across in a national park, whether it be a banana slug, unfamiliar mushroom, or a large toad with glowing eyes in the dead of night, please refrain from licking. Thank you. Toot!”

The toxin secreted is 5-methoxy-N, N-dimethyltryptamine (5-MeO-DMT), an analog of DMT, which is taken recreationally by some to have a psychedelic experience. The US Addiction Center describes the psychedelic toad venom as comparable to the highs of ayahuasca, mescaline, and magic mushrooms. The hallucinogen’s effects are fast-acting, last for an average of 20 minutes, and have been described as causing religious-like experiences.

While we don’t exactly know how often visitors attempt to lick the mystic toads, there has been a notable rise in poaching of these animals, likely for their toxin. The toad is now considered threatened in New Mexico for this reason.

So, if you do manage to spot the curious and rare toad, consider it a lucky sighting, keep a good distance away from it, and don’t lick it. Which, frankly, is a really good ethos for all wildlife.