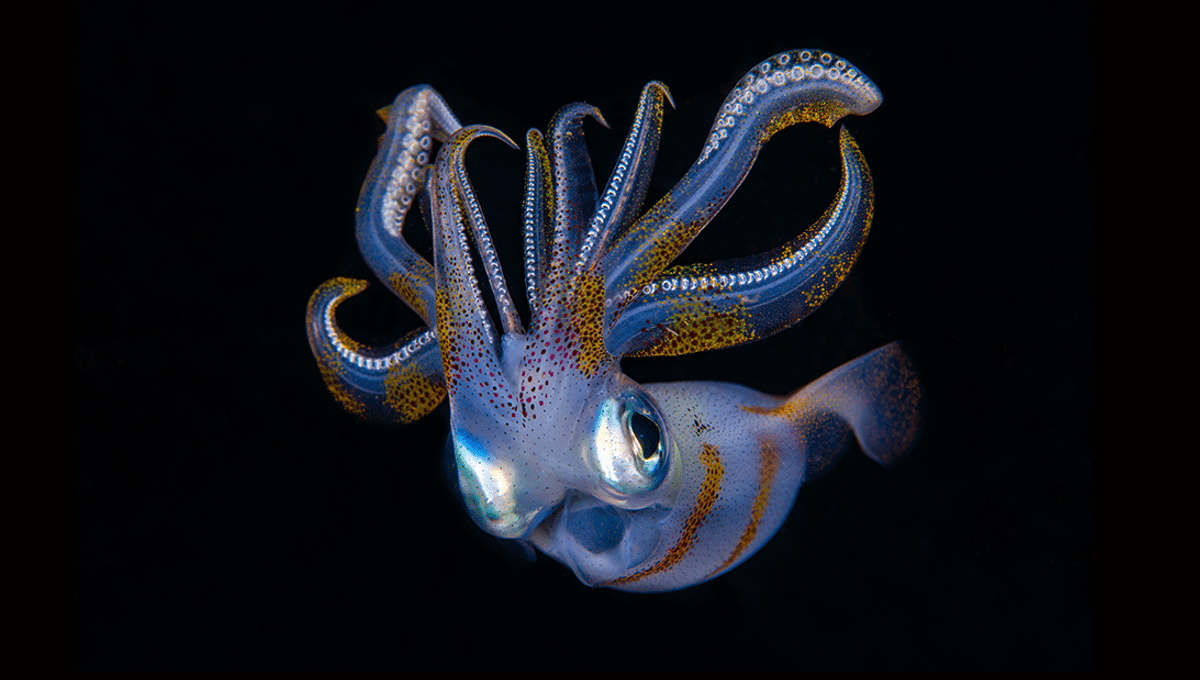 Squids are finally having their moment this Squidtember thanks to the folks over at OceanX who are celebrating the remarkable skills of these complex organisms. Capable of glowing in the dark, swimming faster than any other invertebrate and surviving at incredible depths, they are truly ocean marvels.

“OceanX has a long history uncovering the secret lives of squid, from capturing the first ever footage of the mythical giant squid in its natural habitat, sparking a worldwide sensation, to conducting the first ever sub dives into the hunting grounds of the humboldt squid in Chile for Blue Planet II, to catching footage of the elusive giant purpleback flying squid 2,788 feet deep in the Red Sea,” OcenaX told IFLScience.

Let’s take a look at some of the most incredible footage captured of these remarkable marine animals over the years, including the big, the very small, and the incredibly talented.

Say hello to the strawberry squid, known to some as the cockeyed squid owing to the fact it has asymmetrical eyes that differ in size and coloration. The baby berries’ peepers start out identical, but as they develop the left balloons to double the size of that on the right and sprouts a yellow lens. The difference is down to the fact they need one to look up while the other peers down as they look out for the shadows and flashes of potential predators and prey.

It’s impossible to talk cool squids without touching on the colossal, big in name and nature. These giants exist at depths of 1,000 meters (3,280 feet) and can stretch to lengths of around 12 to 14 meters (39 to 46 feet). Down in the murky depths they use their suckers and hooks to attack and eat large fish. Sounds pretty intimidating, right? And yet somehow OceanX found a way to tag one.

On the topic of deep sea beasties, the purpleback flying squid recently photobombed researchers while they were investigating the Pella, a ferry that sank after catching fire in 2011. They hadn’t known what they were looking for when their scanning equipment turned up a seafloor anomaly, and when they reached it, they were met with two surprises in the form of the shipwreck and an enormous Sthenoteuthis oualaniensis.

Purpleback flying squids are found across the Pacific and Indian oceans and can be identified by a large yellow light organ that’s visible in larger individuals. They range in size from dwarf to giant, with this one sitting at around 2 meters (6 feet) in length. They enjoy the open ocean and will dive down to depths of around 1,000 meters (3,280 feet), rising daily at night to feed nearer the surface.