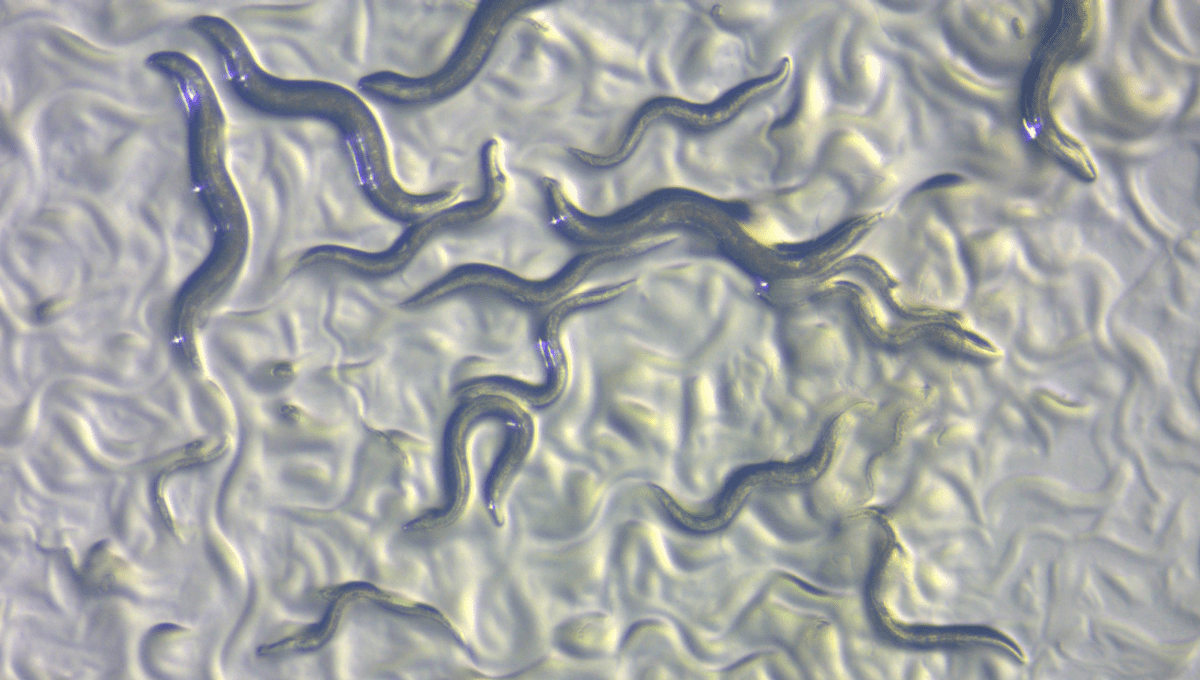 Our physical traits and disease risk can be decided by epigenetic modifications that alter how our genes are expressed, meaning our health and development can differ from what’s laid out in our genetic code. Whether these changes could be carried across generations has been a puzzling question, but new research believes to have found evidence for “transgenerational epigenetic inheritance” in the descendants of roundworms.

The research took the roundworm Caenorhabditis elegans (made famous across much research and in causing some sizable beef on Twitter) and stripped the chromosomes contained in their sperm of a histone protein which alters how DNA is packaged. Known to those in the business as H3K27me3, the histone mark is found in all multicellular animals and is capable of switching off genes’ functions by cramming the DNA into chromosomes so tight that not all regions are accessible for activation.

The treated C. elegans sperm was then used to create offspring inside which researchers on the study could look for signs of abnormal gene expression. Their observations revealed that genes inherited from the sperm, known as paternal chromosomes, were switched on as a result of the missing H3K27me3 histone mark, leading tissues to create cell types they wouldn’t normally.

Tissues that should normally be busy churning out sex cells were exhibiting genes that you would expect to see in neural tissue, for example. The mix-up was occurring in all the tissues the team analyzed but depending on the tissue studied, different genes were being inappropriately switched on in different samples.

Furthermore, the effect wasn’t just seen in the chromosomes of the first generation of offspring created from the histone-stripped sperm. It was showing up in different ways among the next generation, or “grandoffspring”, too.

“In the germline of the offspring, some genes were aberrantly turned on and stayed in the state lacking the repressive mark, while the rest of the genome regained the mark, and that pattern was passed on to the grandoffspring,” said corresponding author Susan Strome, professor emerita of molecular, cell and developmental biology at UC Santa Cruz, in a statement. “We speculate that if this pattern of DNA packaging is maintained in the germline, it could potentially be passed on for numerous generations.”

C. elegans are often used as a model for broader research owing to their suitability for research (when trying to do repeated observations, having lots of see-through subjects with low maintenance costs and a short lifespan pays). However, they’re still not human which means what we learn from them doesn’t necessarily apply to our own biology.

However, Strome feels confident that similar results seen in mammalian cell research could indicate that this kind of transgenerational epigenetic inheritance could be happening in other species’ bodies (though, notably, these studies didn’t find evidence for it). If applicable, it could provide an explanation as to how a person’s health and development can be influenced by their grandparents, as well as their parents.

“This looks like a conserved feature of gene expression and development in animals, not just a weird worm-specific phenomenon,” Strome said. “We can do amazing genetic experiments in C. elegans that can’t be done in humans, and the results of our experiments in worms can have broad implications in other organisms.”

This research was published in Proceedings of the National Academy of Sciences.

Source Link: Epigenetic Changes Can Cause Developmental Abnormalities In "Grandoffspring" As Well As Offspring