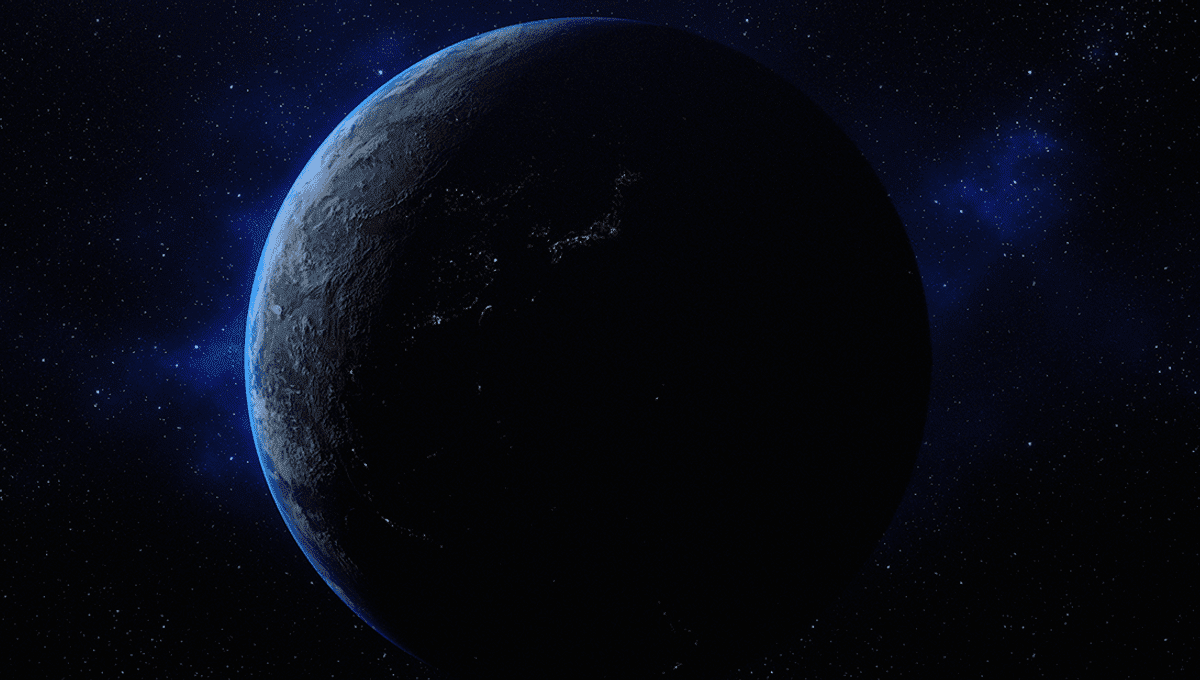 On Tuesday, December 6, at 7:56 pm UTC, most of the world’s population will look up and see a sky that is completely dark. Let’s explain.

We (well, unless you happen to be a flat-Earther who believes the sun rotates around above our heads like a tennis ball on the end of a Swingball rope) are pretty used to the idea that while one side of the Earth is lit up, the other is plunged into night. We’re also used to the idea of the days being shorter in winter in our hemisphere, and longer in the summer. What we really struggle with, apparently, is population density.

You might expect most people on Earth to be in darkness during the shortest day of the year (21 December in the northern hemisphere, June 20 or 21 in the southern hemisphere). However, using population data from the Center for International Earth Science Information Network at Columbia University, as well as their own sun data, timeandate.com was able to work out the time at which the most people across the world will be in darkness.

“According to our calculations, the moment of maximum darkness happens on Tuesday, December 6, 2022, at 19:56,” they write on their website.

“At that instant, the sky will be completely dark for about 85.92 percent of the world’s population as the night reigns across the three most populous continents: Asia, Africa, and Europe (with very minor exceptions).”

During this time, the Americas, New Zealand and Australia will be in sunlight. However, since these places are sparsely populated (compared to say, China or India) the vast majority of the world’s population will be in the dark.

The team point out there are two other dates this month where it will feel like night time for the most people (those being December 21 and December 27). However, on those days a lot of people will be in what is known as “astronomical twilight”, where the sun has dipped below the horizon at about 12-18 degrees but some sunlight (however faint) still makes it to them. Using the strictest definition of night, the greatest number of people will be in it at 19:56 UTC tonight.

Source Link: For A Brief Moment Today, 90 Percent Of Humanity Will Be Engulfed In Darkness