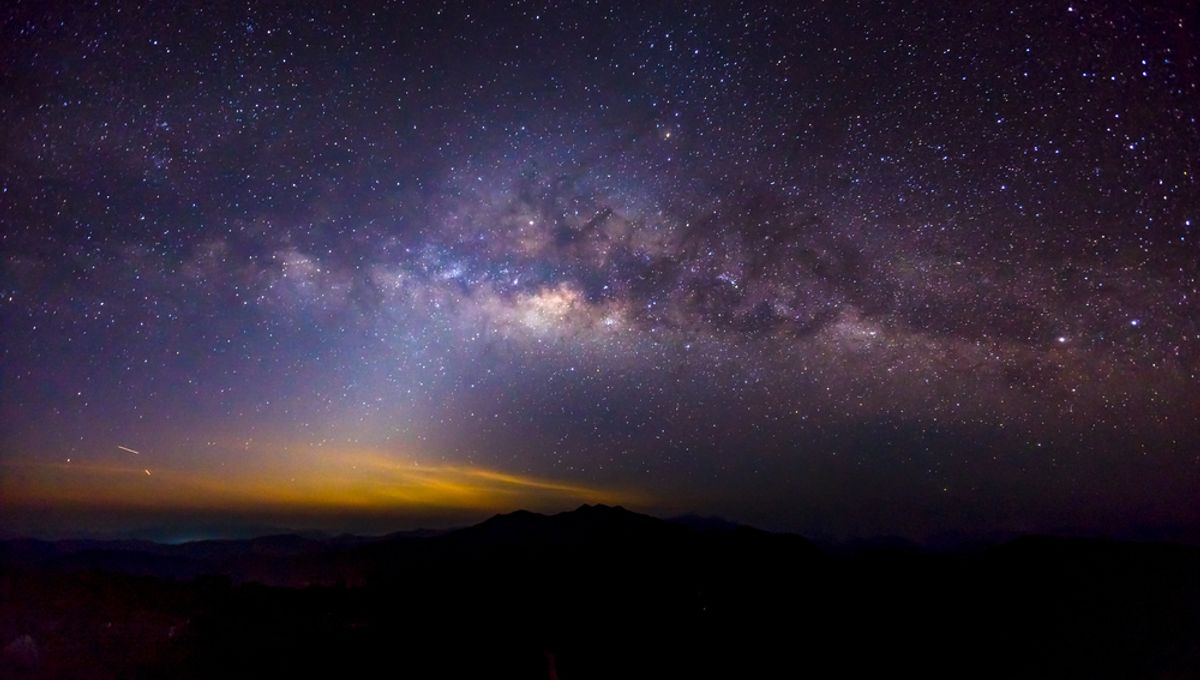 The Milky Way is orders of magnitude larger than the other galaxies in the local group, Andromeda aside. It got that way by cannibalizing smaller galaxies. The GAIA space telescope has allowed us to identify stars of common origin, based on their movements and ages, revealing many of the conglomerations of stars that got consumed.

There must also have been an original set of stars that have been with the Milky Way since the beginning, but identifying them is a challenge. Nevertheless, that is what Professor Hans-Walter Rix of the Max Plank Institute for Astronomy and co-authors claim to have done in a new paper still undergoing peer review.

One of the obstacles to finding the Milky Way’s original stars is that they must, by definition, be as old as the galaxy – around 12.5 billion years. Stars more massive than the Sun don’t last that long, so the search has to be for relatively low-mass stars. Fortunately, however, some of these stars have reached their giant stage, when stars puff up to enormous sizes, and are consequently bright enough to stand out over large distances.

Another problem is that these stars should be near the center of the galaxy – in the constellation Sagittarius from our perspective – where there is so much else going on.

“People have long speculated that such a vast population [of old stars] should exist in the center of our Milky Way,” Rix told ScienceNews. Such stars would be extremely metal-poor, composed overwhelmingly of hydrogen and helium. When the first massive stars became supernovas they produced a lot of metals and scattered them across nearby regions to be incorporated into future generations of stars. Smaller stars formed before the explosions missed out on the metals.

Rix and co-authors drew on GAIA’s data for 2 million stars within 30 degrees of the galactic center and found a population of 18,000 stars with less than 3 percent of the Sun’s metal concentration bunched close to the core.

As the paper explains, distinguishing between stars that were part of the original Milky Way, and those captured from smaller merged galaxies isn’t easy, since the latter can also be very metal-poor. Nevertheless, the authors believe the stars’ movements compared to the galactic center can be used to identify their origins. Extrapolating to all the stars blocked by dust or other obstacles, the authors estimate 0.2 percent of the Milky Way’s mass belongs to this original population: from little things, big things grow.

Despite all the mergers that bolstered that mass, Rix argues these fed more outlying parts of the galaxy. “We didn’t have any later mergers that deeply penetrated into the core and shook it up, because then the core would be larger now,” Rix said.

The authors named their paper “The Poor Old Heart of the Milky Way,” which drew praise on Twitter as “Easily the most poetic title of a scientific paper in a long time.”

A preprint of the paper is available on ArXiv.org.