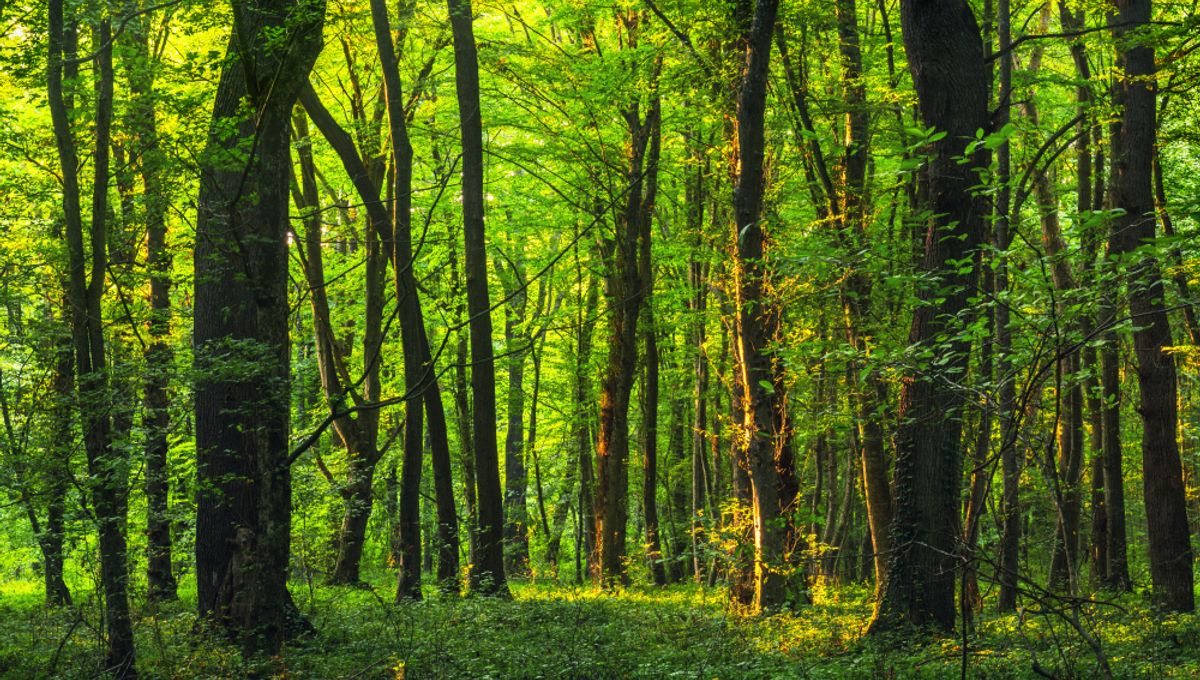 The color green has been shown to trigger the release of a signaling molecule that activates opioid receptors in the brains of mice, resulting in significant reductions in pain. While this research is yet to be replicated in humans, the findings add weight to previous studies showing that simply looking at the color green is enough to alleviate uncomfortable sensations.

With the US currently in the midst of an opioid addiction epidemic, the authors of the new study point out that a cheaper, simpler and considerably less harmful analgesic may have been literally staring us in the face since the very first person stubbed their toe on a rock. “Green light might have provided improved health and safety benefits for humans and animals from an evolutionary perspective,” they say, adding that “exposure to an environment rich in the color green (such as forest bathing) can decrease physiological and psychological pain.”

Accordingly, recent studies have shown that the color green triggers positive emotions and reduces pain in individuals suffering from chronic migraines and fibromyalgia. However, scientists had until now been unable to explain how verdant viewing produces this soothing effect.

To investigate, the study authors experimented with mice that had been bred to be an animal model of arthritis. Initial tests indicated that full-field green light exposure reduced “nociceptive [i.e. painful] behavioral responses,” indicating that the color did indeed help the rodents to feel more at ease.

To discover which photoreceptors in the animals’ retinas were responsible for this effect, the researchers first destroyed the mice’s cone receptor cells – which detect colored light – and found that this completely blocked the analgesic power of green light. However, removing rod receptors, which respond to black and white, only partially eliminated this painkilling effect.

Blocking a third type of receptor called intrinsically photosensitive retinal ganglion cells (ipRGCs) had no impact on the emerald easing, leading the researchers to conclude that the comforting effects of green light are primarily mediated by cones.

Next, the study authors sought to identify the neural pathways that convert the signals sent by cone cells into pain relief. Imaging experiments showed that once green light was detected by these cones, a flurry of information was transmitted to the ventral lateral geniculate nucleus (vLGN), which is located in a key brain structure called the thalamus.

Neurons in the vLGN then communicated with the dorsal raphe nucleus (DRN), which plays a central role in pain control. Digging a little deeper, the researchers found that interactions between the vLGN and the DRN were mediated by a signaling protein called PENK.

Importantly, PENK is later converted to ENK, which binds to opioid receptors in the DRN. The researchers therefore repeated their experiments on mice that lacked the ability to produce these proteins and found that green light provided absolutely no pain relief to these PENK-less rodents. Similarly, blocking opioid receptors in regular mice also eliminated the analgesic effects of the color green.

Overall, these findings suggest that green light alleviates pain by stimulating cone cells, which then initiate a signaling pathway that results in the activation of opioid receptors in the DRN. While it’s unclear if a similar mechanism underlies green light’s analgesic effects in humans, the study authors conclude that their findings “suggest that this signaling pathway could be exploited for reducing pain.”

The study has been published in the journal Science Translational Medicine.