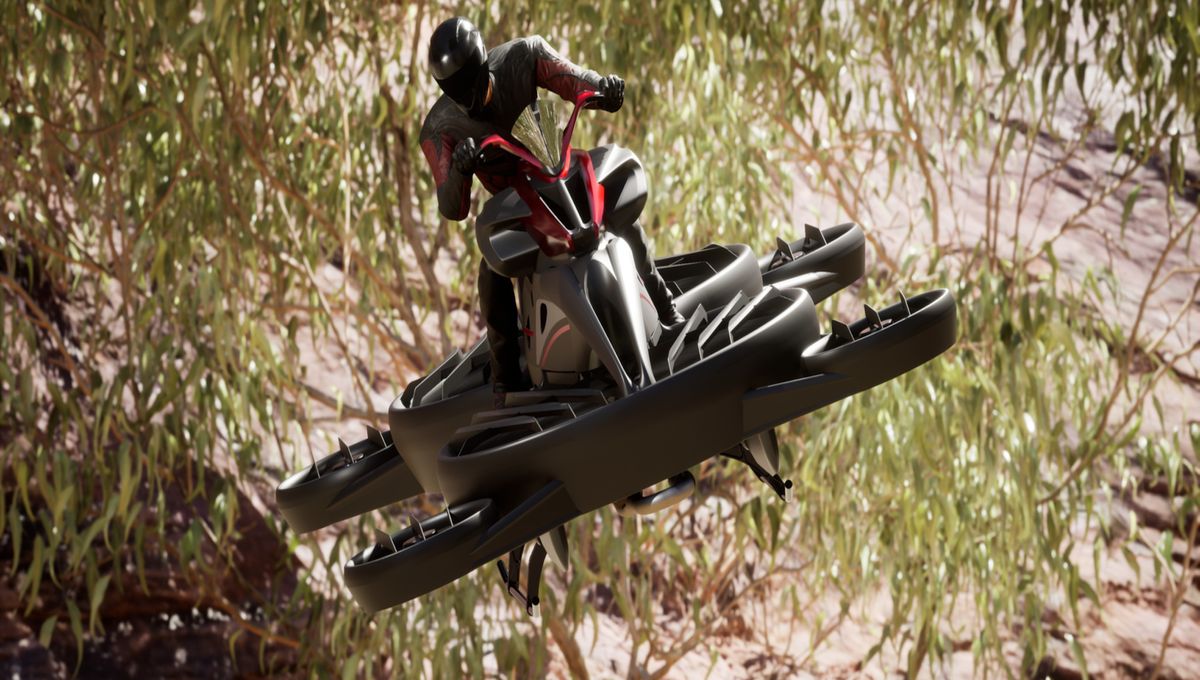 A hoverbike with impressive range has made waves in its latest demo at the North American Auto Show, Detroit – and it really is everything we want from a true flying bike. Capable for travelling 62 miles per hour (100 kilometers per hour) for up to 40 minutes, the Aerwins Xturismo scorches across the sky like something straight out of pod racing and ignited some serious excitement in onlookers.

Surprisingly, the Xturismo is even on sale for the public in Japan, though you might have to reach quite far into your pockets – it currently sells for $777,000 (£685,000). If you’re desperate to fly around on your personal hoverbike but don’t have three quarters of a million spare change, fear not, for there is an electric model coming in 2025 for a more acceptable $50,000 (£44,000).

The motor show was the Xturismo’s US debut, and understandably, the co-chair of the show had to take it for a spin.

“I feel like I’m literally 15 years old and I just got out of ‘Star Wars’ and jumped on their bike,” said Thad Szott, co-chair of the auto show, in a statement to Reuters.

“I mean, it’s awesome! Of course, you have a little apprehension, but I was just so amped. I literally had goosebumps and feel like a little kid.”

Currently, the hoverbike is quite literally a motorbike with turbines below, with a 228-horsepower Kawasaki petrol engine driving the spinning rotors. A pair of landing skids allow it to return back down to the ground, taking a lot of inspiration from a conventional helicopter. It is a VTOL, which means it can take off and land vertically.

Combined with the current flying cars that are already competing in races, it really does seem like flying vehicles are finally coming. You certainly won’t be able to fly one above crowded spots or within a wide radius of an airport, but it may finally be happening – and we are all too ready.

Source Link: Hoverbike That Can Fly For 40 Minutes Debuts In US With Awesome Display