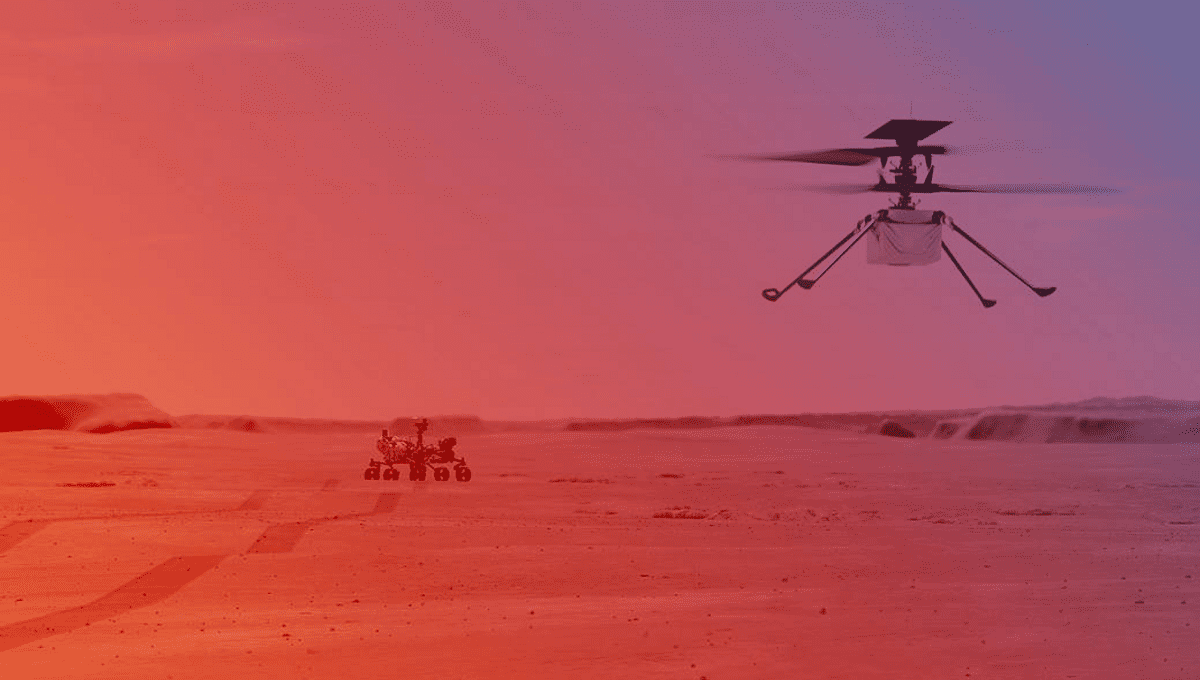 You know how it is – something gets stuck to your foot, and when it comes loose you can’t work out what it was or if your shoe needed it. Some problems follow humanity everywhere, and perhaps this is one of them, with the Ingenuity helicopter dropping something unidentified on the surface of Mars during its 33rd flight.

NASA’s official comment on the matter is fairly dry. “A small piece of foreign object debris (FOD) was seen in footage from the Mars helicopter’s navigation camera (Navcam) for a portion of its 33rd flight,” the statement reads, without speculating on the nature of the FOD.

NASA does also inform us the FOD “was not visible in Navcam footage from the previous flight”, but was seen from the 33rd flight’s beginning until around halfway through, when it dropped. There is “No indication of vehicle damage […] teams are working to discern the source of the debris,” the statement continues.

The item (top right if you missed it) looks much more like a plastic bag or piece of cling-wrap than anything Ingenuity would have acquired on Mars, but there is no indication of how it got there.

Even if someone at JPL was lax enough to drop their lunch wrapper in the Atlas V that carried that took Ingenuity (and Perseverance) to the red planet, it seems a bit unlikely it would be invisible for 32 missions – probably not as improbable as aliens leaving some trash on the Martian surface for Ingenuity’s foot to catch on, though. Perseverance’s observation in August of some of the netting jettisoned during its parachute landing may be more relevant here.

The item in question probably weighs a fraction of a gram, as compared to the 7,119 kilograms (15,694 pounds) of debris recently calculated to be on the Martian surface as a result of current and previous robot missions. However, where most of the Martian vehicles are likely to stay in one piece and eventually be covered by the desert sands, this looks like the sort of thing that could be blown almost anywhere by even the thin Martian atmosphere. Maybe that would make it an unidentified flying object.

Having been hit with a fine for littering from an Australian local council after part of Skylab landed on them, NASA may be relieved there’s no Martian authority to do the same.

That said, we shouldn’t be too hard on the Ingenuity team. Not only have they managed to make a helicopter fly on another planet – one with a very thin atmosphere at that – but a mission designed for five flights has completed another 28 and is still going. This bodes well for the use of helicopters on future missions – and meanwhile, Ingenuity has operated as an effective scout for Perseverance in its quest to collect the most interesting samples for storage and future return to Earth.