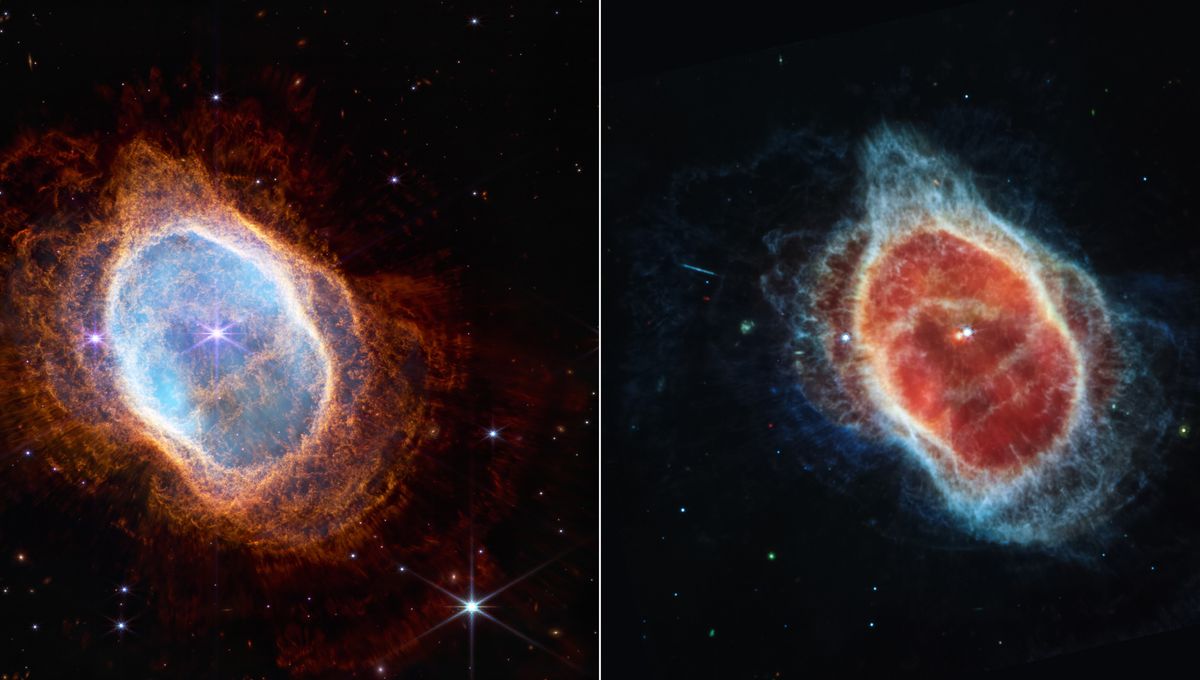 The Southern Ring Nebula was one of the first science targets of JWST. The celestial object is a planetary nebula, created by the release of material from a red giant as it turns into a white dwarf – but a new analysis suggests that is not the whole story. Astronomers now believe that there are more players involved: At least four stars might be behind the structure we see.

The nebula is about 2,000 light-years from Earth. In one of the JWST images, it is possible to see the white dwarf and a companion star. However, there’s more than meets the eye, even with the incredible eye of the latest great space observatory. Two more stars are expected to be around the white dwarf.

“Technically we did not see them, but we inferred their presence. We only ‘see’ the main star and the farthest companion – the one that did not really play an active role in the formation of the nebula,” lead author Dr Orsola De Marco from Macquarie University, told IFLScience. “We are however becoming accustomed to the fact that stars ‘hunt in packs’!”

Detailed analysis of the near-infrared and mid-infrared observations from JWST suggests that a close companion to the white dwarf is presently hidden by a disk around the central star. Past interactions in this disk are evidence of this unseen star. There are also arches inscribed in the large molecular halo of the nebula, attributed to another hidden companion orbiting this close pair.

“Multiple stellar systems are not rare, particularly as the system is more massive (while 0.5 solar mass stars do not often have companions less massive than themselves, 100 solar mass stars always have MANY companions). We know that for a fact now, so it is not surprising that planetary nebulae central stars are also in multiple systems. When the star evolves it expands into the orbits of the companion(s) and an interaction usually ensues,” Dr De Marco told IFLScience.

The detailed observations, combined with the models, allow a much clearer understanding of the system, plus a precise estimate of the mass of the progenitor star: about 2.86 times the mass of our Sun.

These results can be foundational for future JWST work on planetary nebulae as well as other complex systems of wind interactions, such as supernovae and events that produce strong gravitational waves.

The paper is published in the journal Nature Astronomy.

Source Link: JWST Delivers Insights Into How The Southern Nebula Was Carved