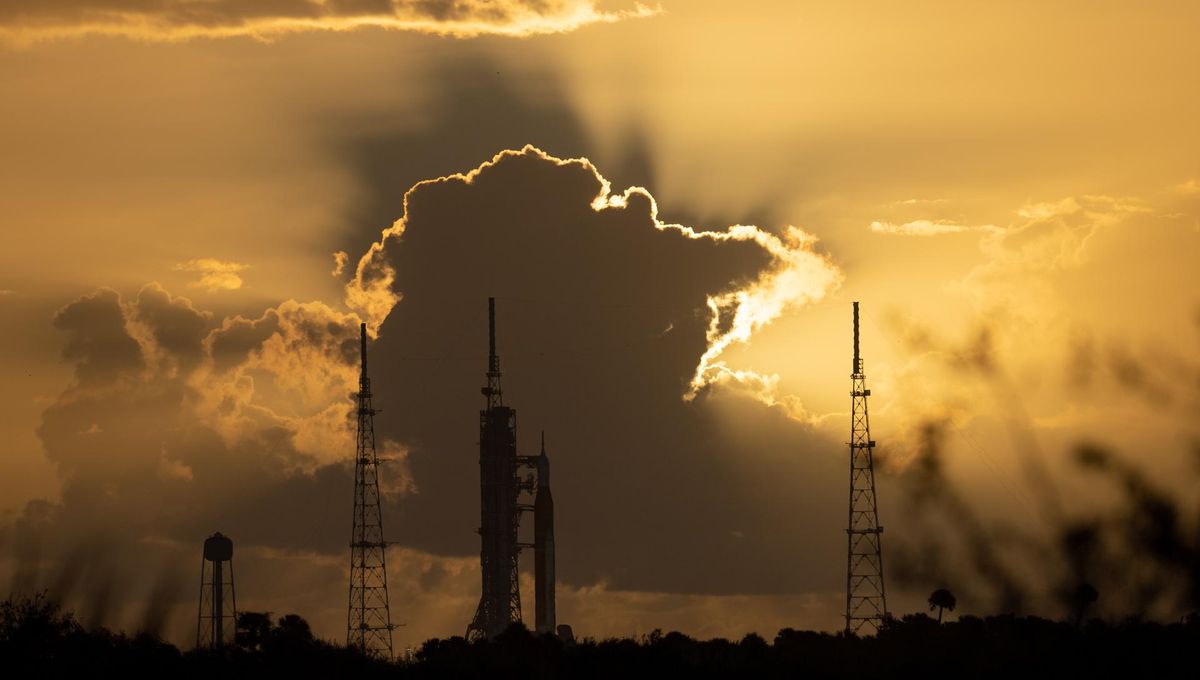 Tropical Storm Nicole is currently affecting the Bahamas and is expected to make landfall in Florida very soon. The southern states, including Florida, are still recovering from the devastating impact of hurricane Ian. NASA had the Kennedy Space Center under Hurricane Condition III status, securing its facilities as well as deploying the ride-out team. But there is another big thing that NASA has to worry about: its massive Moon rocket that is currently sitting on the launchpad.

The Artemis I mission was supposed to launch on Monday after months of delays. The appearance of Tropical Storm Nicole has put another spanner in the works, postponing it to at least Wednesday, November 16. The concern now is whether the storm could damage the Space Launch System (SLS) ahead of its inaugural voyage. The rocket is going to be the most powerful ever built.

NASA assessed that the safest approach was to keep the SLS on the launchpad. It is designed to withstand heavy rain and winds up to 137 kilometers (85 miles) per hour. Nicole’s powerful winds are currently slower than that, keeping it shy of a Category I hurricane. The hope for NASA and all those people in the storm’s path is that it will weaken and not strengthen.