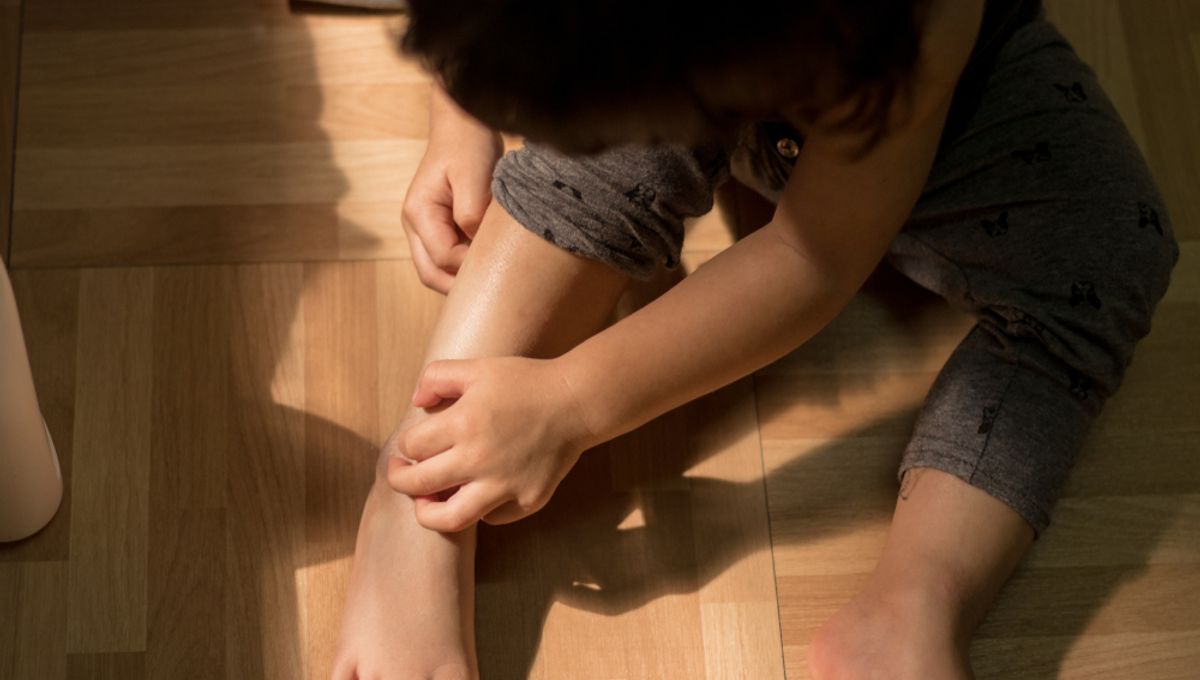 New research that has used a biologic drug to treat infants and kids with severe eczema has shown huge promise in an early trial. By using this monoclonal antibody treatment in kids, the researchers even speculate that it might be able to save them from developing other allergies beyond eczema.

After a 16-week course of the drug, over half of the kids younger than 6 years with moderate-to-severe eczema experienced a 75 percent reduction in symptom severity, according to the new study. They also itched significantly less and slept better.

This, no doubt, also produced some very happy parents.

“Preschoolers who are constantly scratching, awake multiple times a night with their parents, irritable and markedly curtailed in their ability to do what other children their ages can do improved to the extent that they sleep through the night, change their personalities and have a normal life – as babies and children should,” Amy Paller, lead study author, the chair and Walter J. Hamlin Professor of Dermatology, and an attending physician at Ann & Robert H. Lurie Children’s Hospital of Chicago, said in a statement.

In the trial, the children received the drug through a simple injection every four weeks at over 30 hospitals, clinics, and academic institutions across Europe and North America. It involved a total of 162 participants, 83 of whom were given the drug and 79 who were unknowingly given a placebo.

The drug in question is dupilumab, which is a monoclonal antibody, a type of lab-made protein that can bind to certain targets in the body, such as an antigen on a cell.

People with eczema have an overactive immune system that overreacts to allergens, triggering the production of chemical messengers known as interleukins, which results in inflammation. In the case of dupilumab, it binds to and blocks certain interleukins, thereby making them useless.

While the treatment has already been approved for use in adults by the FDA, this is the first trial of its kind to be carried out in infants as young as six months old. Thanks to the results, dupilumab has now become available to infants and preschoolers aged six months to five years.

“Up to now, all we have had to treat more severe eczema is immune-suppressing medications, such as oral steroids, which we try to avoid in children because they are associated with so many side effects and thus are not a preferred treatment for a chronic skin disease,” Paller explained.

“The potential long-term impact on the development of the immune system in young children is also of concern with these immunosuppressants,” she added.

It’s estimated that 31.6 million people (10.1 percent) in the US have some form of eczema. For around two-thirds of people, it’s an uncomfortable condition that can be managed with steroid ointment and moisturizers, but for the remaining one-third, it can be so severe that it has to be tackled with more intense treatment.

Due to the fact that dupilumab acts on peoples’ immune response, it’s even speculated that the treatment might have broader benefits and could perhaps prevent children from developing other allergies.

“By treating more aggressively to calm the immune system activation in these young children with early, severe eczema, we may also reduce the risk of them developing a range of allergic problems, changing their life beyond improving eczema,” Paller explained. “These associated allergic issues most often begin after the eczema starts.”

The study was published in the journal The Lancet.