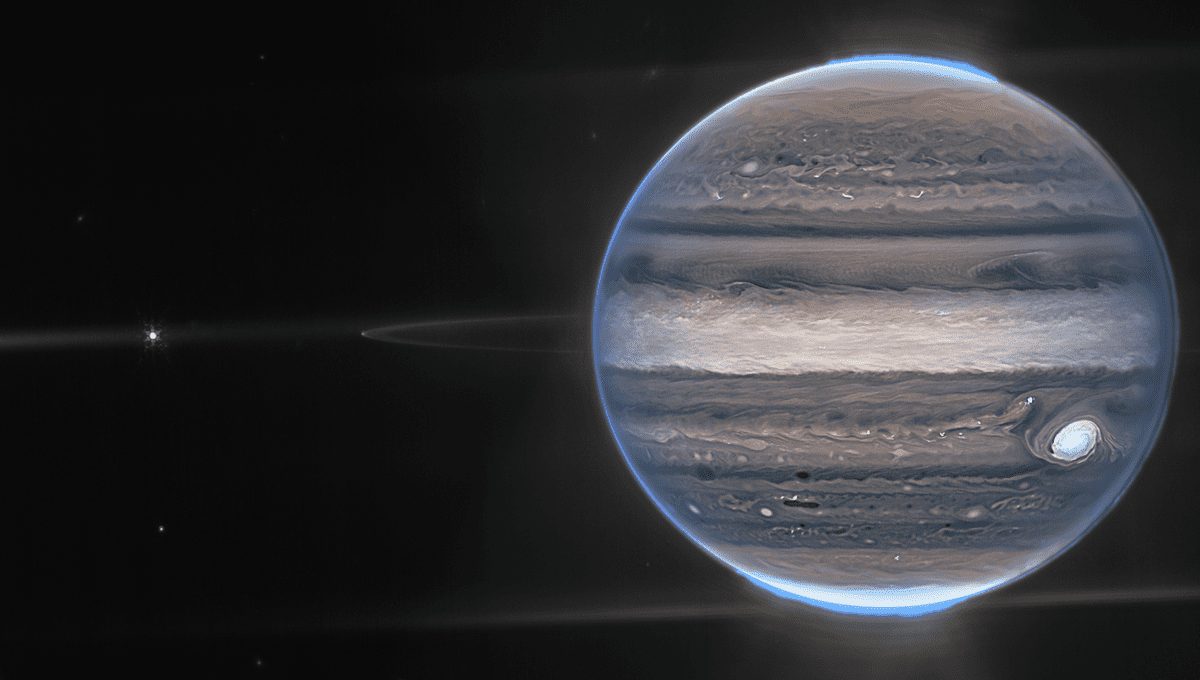 On September 26 or 27, depending on your timezone, Jupiter will reach opposition. This means it is directly opposite the Sun from our perspective, rising around sunset and setting close to sunrise. That alone makes it a good time to view the Solar System’s largest planet, but this will also be the closest Jupiter has come to Earth for at least 59 years, making the giant planet’s moons and cloud formations particularly visible. Time to get out the telescopes and binoculars or just gaze in wonder with your own eyes. Coincidentally, one of the most important parts of the Juno mission to the Jupiter system will take place three days later.

What does planet in opposition mean?

Oppositions of Jupiter occur roughly every 13 months because in the time Earth takes to whizz around the Sun Jupiter has traveled just under one-twelfth of its path, like the tortoise being outrun by Achilles. For the Earth to overtake it again we need an extra month after having returned to the same point in our orbit where opposition happened last time.

If the planets moved in perfect circles, every opposition would occur at an identical distance. However, planets orbit in ellipses instead, so every 11.9 years Jupiter reaches its closest approach to the Sun, known as perihelion. At perihelion, Jupiter is almost 40 million kilometers (24.9 million miles) closer to the Sun, and therefore potentially to us, than its average distance.

The closer opposition falls to Jupiter’s perihelion, the shorter the distance between Jupiter and Earth, although this is slightly complicated by the 5-million-kilometer (3.1 million miles) variation in Earth’s own distance from the Sun.

How close will Jupiter be?

The minimum theoretical distance between Jupiter and Earth is 588 million kilometers (365 million miles). We won’t get quite that close this time, since perihelion is not until January 2023, but next week the Earth-Jupiter distance will be within 0.5 percent of the minimum. It’s the closest the Earth will have been to Jupiter since at least 1963 (some reports incorrectly say since 1951) and we won’t be this close again for centuries.

It may be hard to tell the difference between this opposition and the next or last one, both of which were also fairly close. On the other hand, if you can cast your mind back to how the giant planet looked in 2016, the difference should be quite substantial. Moreover, because Jupiter is currently almost exactly on the celestial equator, it looks good from everywhere on the planet, poles aside, rather than being at its best for only one hemisphere.

For people with excellent eyesight and dark skies, this is a good chance to see if you can spot some of Jupiter’s moons without an astronomical instrument.

On September 29, when the distance to Jupiter will have changed only fractionally, Juno will make its only planned flyby of Europa, just 356 kilometers above the surface – closer than the ISS orbits to Earth. It will be the first time a spacecraft has gone close to Europa since 2000, and we won’t get close again for at least a decade.

During the mission, Juno will seek to detect bodies of water within the icy shell, geyser plumes, and the water vapor atmosphere.

Source Link: Next Week Jupiter Will Be Its Closest And Brightest For 59 Years