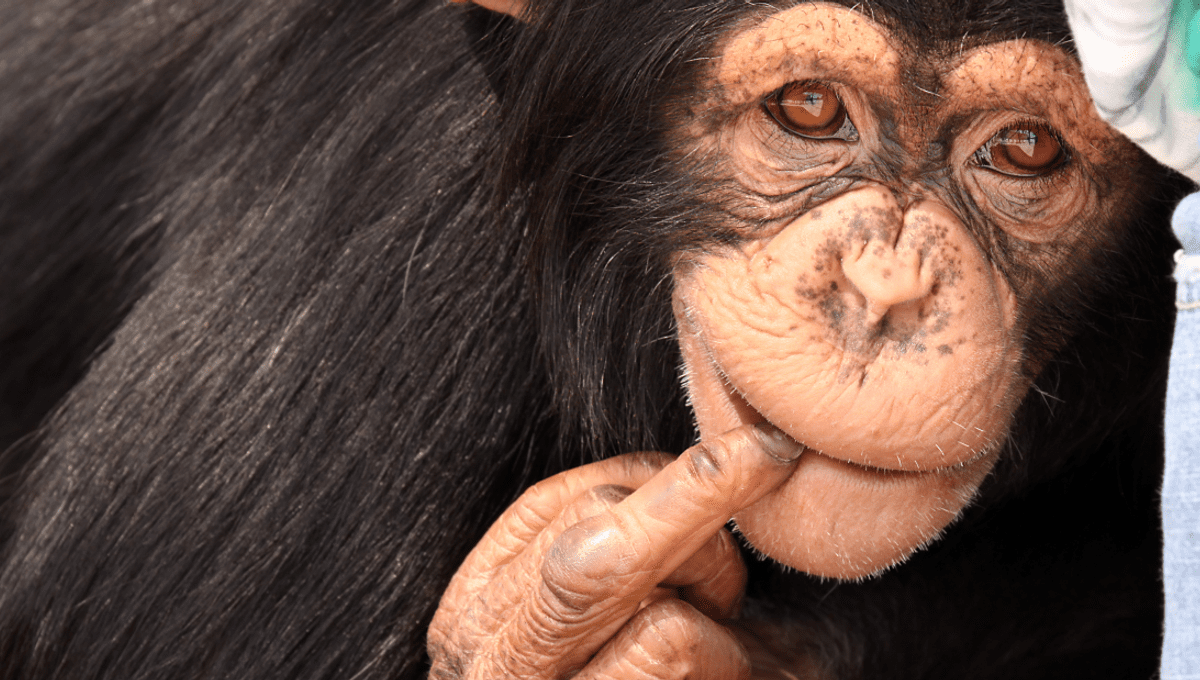 They say Dr Dolittle could walk and talk (and squawk) with the animals, but wouldn’t it have been more believable if he’d started out with a few basic gestures? New research would certainly seem to suggest so, finding that humans can interpret the gestures of chimpanzees and bonobos.

Once upon a time we humans were fluent in great ape, as our ancestors would’ve relied on the same mode of communication before we went and got all lyrical with our mouths. While we might have moved on for the most part, a new study would appear to indicate that we haven’t forgotten our roots as humans could understand around half of gestures made by chimpanzees and bonobos.

The study involved the creation of an online game that’s essentially a great ape gesture quiz – and yes, you can take the test. After reviewing short videos (with excellent diagrams) showing different ape communications you’ll be asked to select from multiple-choice answers what the gesture was trying to say, and at the end you get a score.

At IFLScience, our scores ranged from 11/14 (is it weird that the zoologists did the best?) to a rather more modern human measly 4/14 (ouch, Tom). What did you get?

In the study, 5,500 participants proved they were significantly better at guessing the right meanings behind chimpanzee (Pan troglodytes) and bonobo (Pan paniscus) than would be expected by chance. The participants reached the correct conclusions over 50 percent of the time from gestures alone, and increasing the context behind the interactions only marginally improved people’s scores.

The study is the first of its kind in using video playback to assess humans’ ability to interpret the gestures of their closest living relatives. Whether understanding is gleaned from evolution as a heritable trait, or the result of being a similarly social species with high intelligence can’t be concluded from the results – but it shows that, for all our gadgets and society, we are still all great apes at heart.

“All great apes use gestures, but humans are so gestural – using gestures while we speak and sign, learning new gestures, pantomiming etc. – that it’s really hard to pick out shared great ape gestures just by observing people,” said study author Kirsty E Graham from the University of St Andrews, Scotland, in a statement.

“By showing participants videos of common great ape gestures instead, we found that people can understand these gestures, suggesting that they may form part of an evolutionarily ancient, shared gesture vocabulary across all great ape species including us.”

The study was published in PLOS BIOLOGY.

Source Link: Online Game Reveals Humans Can Understand 50% Of Primate Gestures, Can You?