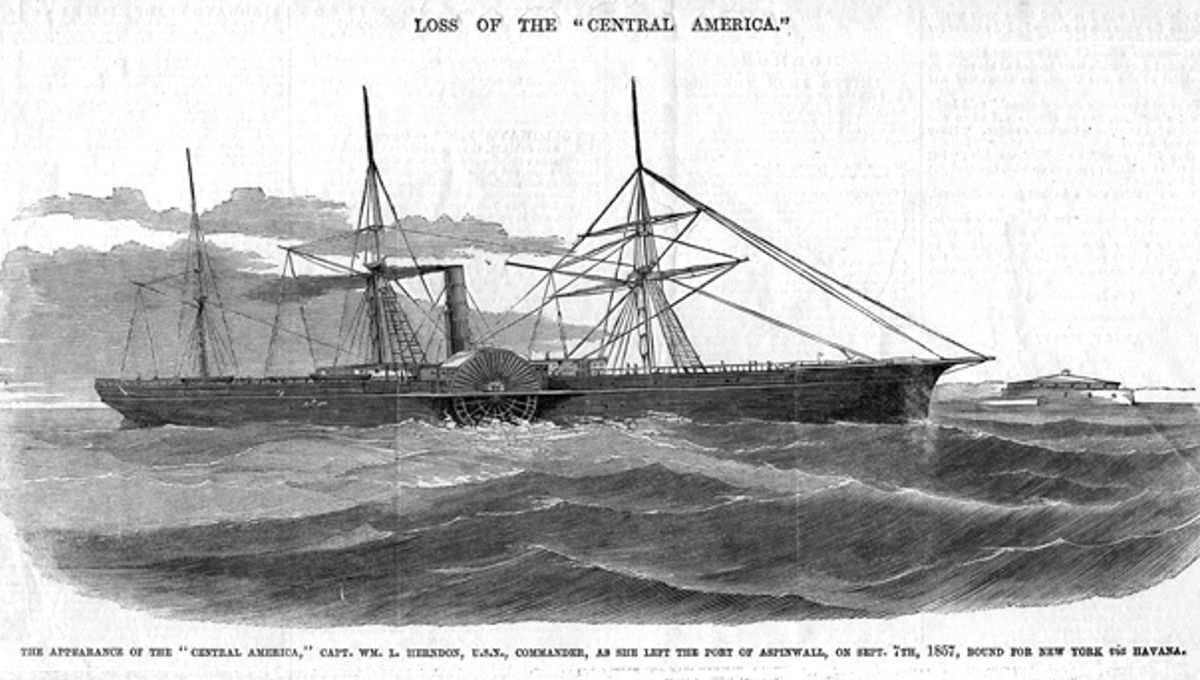 A pair of 165-year-old jeans that were recovered from a 19th-century shipwreck have been sold off at an auction for $95,000.  The jeans went under the hammer at Holabird Americana auction house on December 3 with a load of other objects discovered among the wreck of the “Ship of Gold”.

Based on their material and the distinct five-button fly, the auction house believes they might be an early pair of jeans made by Levi Strauss & Company in the 1850s. It’s also believed the so-called “million-dollar jeans”, the oldest known Gold Rush-era heavy-duty work jeans, were likely owned by John Dement of Oregon, a Mexican-American War military veteran who was a first-class passenger onboard the merchant ship.

On its last journey, the ship was heading to New York after leaving a port in present-day Panama loaded with hundreds of passengers and cargo from California, including heaps of gold. Days into its journey, it was eventually met by a hurricane somewhere off the coast of the Carolinas.  The ship eventually sank on September 12, 1857, along with 425 of her passengers and 13,600 kilograms (30,000 pounds) of gold.

The ill-fated SS Central America wasn’t identified until the 1980s when its wreck was found at the bottom of the Atlantic, along with a vast array of relics that provide an incredible glimpse into the era of the Gold Rush.

“The S.S. Central America was carrying tons of Gold Rush treasure from San Francisco and the northern California area when she sank [2.2 kilometers] 7,200 feet deep in the Atlantic off the North Carolina coast in a hurricane while on a voyage from Panama to New York City in September 1857. Recovery from the shipwreck site occurred in several stages between 1988-1991 and again in 2014,” Fred Holabird, President of Holabird Western Americana Collections, said in a statement.

“These incredible artifacts give us a glimpse of daily life for the passengers and crew in the 1850s,” added Dwight Manley, Managing Partner of the California Gold Marketing Group of Brea, California, which owns the recovered items. “They are a time capsule from the California Gold Rush.”

Along with the jeans, the other items that were sold include dozens of rings, stickpins, cufflinks, and several pocket watch cases. The auction also offered a number of gold coins and paper money from the 1850s, plus a trunk of maritime provisions, keys to the gold treasure room, and passenger luggage tags.

“Seemingly ordinary items from the passengers and crew today give us extraordinary insight into the everyday lives of the people who traveled on the steamship,” explained Bob Evans, a scientist who was on each of the recovery missions.