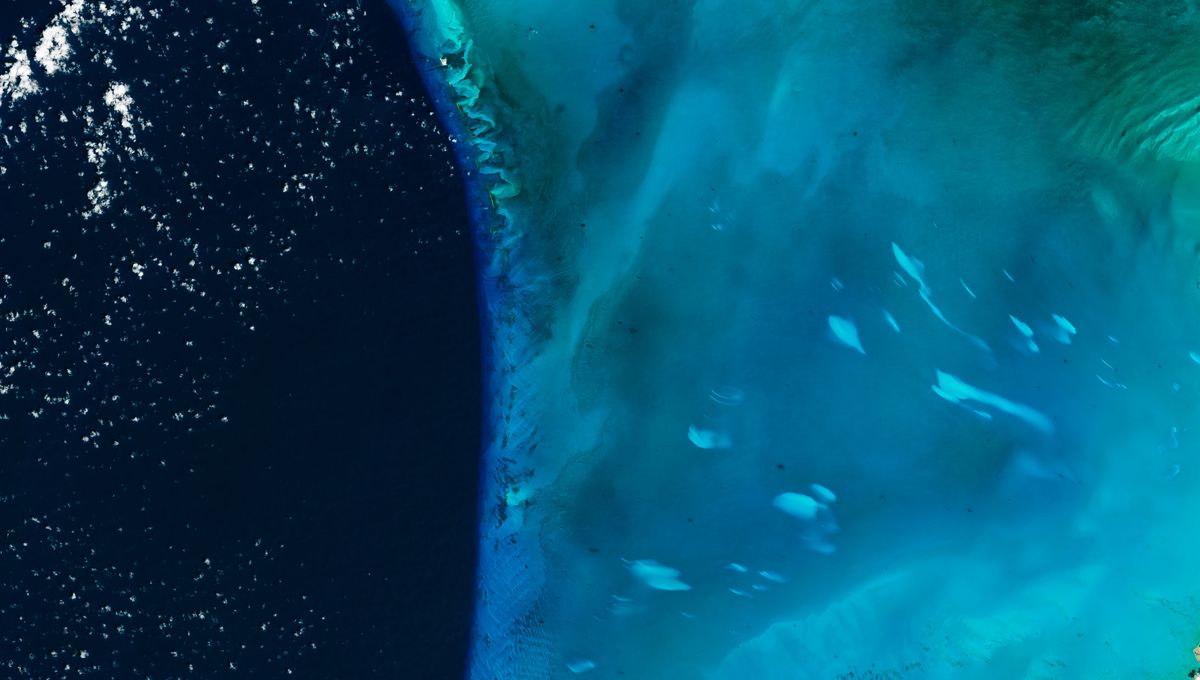 Satellite images show that milky-white splodges of water have sprung up in the pristine blue waters of the Bahamas. While this phenomenon has been reported for almost 100 years, scientists still have no clue what actually causes it.

The Landsat 8 satellite captured the natural-color image (above) of a whiting event along the west coast of Great Bahama Bank on April 4, 2015. This whiting event was a big one and lasted for about two months before disappearing, but events can last anywhere between a few days to three months.

It’s known that the clouds of water are the result of fine-grained calcium carbonate particles suspended in the water. However, it’s unclear what causes the clouds to emerge in the water.

Some argue that it’s a mechanical process, such as calcium carbonate stirred up from the carbonate platform seabed, while others believe it might be the result of phytoplankton blooms and other biochemical processes.

“In actuality, there is no scientific consensus on what cause them,” Chuanmin Hu, an oceanographer at the University of South Florida, explained in a statement.

To shine light on this mystery, Hu and other scientists from the University of South Florida studied thousands of satellite images of the Bahama Banks collected between 2003 and 2020 using deep learning artificial intelligence.

Crucially, the research also found that the emergence of the white clouds was closely associated with the seasons as significantly more events occurred in the spring and winter.

This seasonality could be an important clue in the mystery. Perhaps it suggests that weather and environmental conditions are playing a role. However, for now, scientists are still stumped.

“I wish I could tell you why we saw that peak in activity, but we’re not there yet,” added Hu. “We do see some interesting relationships between environmental conditions, such as the pH, the salinity of water, and the behavior of winds and currents, but we can’t yet say what exact mechanical, biological, or chemical processes were responsible for that peak in activity. Ultimately, we need to do more field experiments and pair that with remote sensing research like this to better understand the formation processes.”

The new study was recently published in the journal Remote Sensing of Environment.