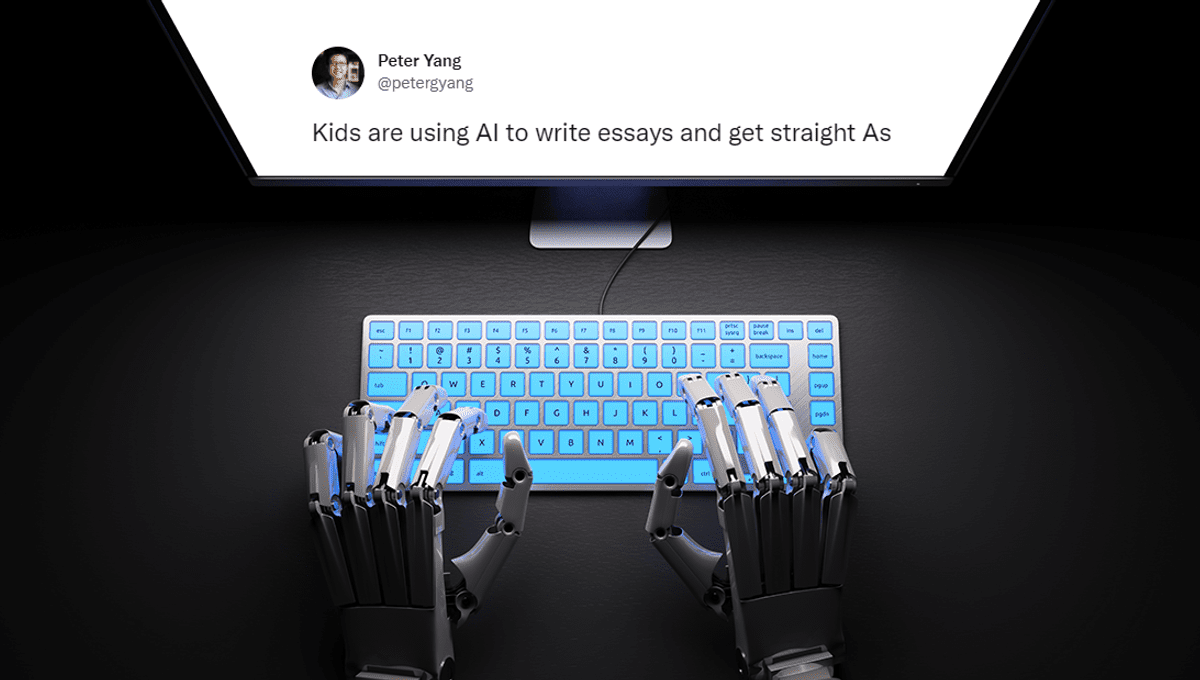 With some artificial intelligence (AI) programs able to write sentences well enough to apparently convince a Google engineer that it is sentient,  it was inevitable that someone out there would try to use it to cheat at homework. According to one Redditor, this has already happened – and as a result, they and their friends have received straight As.

“I have been using this tool for quite some time and only recently came up with the idea to use it to write essays, answer questions about movies and books for school projects, and much more,” Redditor Urdadgirl69 wrote on the Open AI subreddit. “I feel a little guilty about it, but I don’t really care that much anymore. For a couple of weeks, I have made $100 profit by ‘doing’ homework for other classmates and now I am looked at as a genius. What are your thoughts on this? Have you done it yourself?”

“Yes, this post was rephrased by the AI,” they added.

The post was met with skepticism, plus annoyance from people claiming to be teachers.

“As someone who teaches, I can say that this is something I dread,” Redditor ahumanlikeyou responded. “If I learned that my students were submitting AI-written papers, I’d quit. Grading something an AI wrote is an incredibly depressing waste of my life. I have a child who would benefit from my attention while I’m grading papers over the weekend. Think about what you are doing.”

Others noted that this is an excellent way to not learn a thing from the assignment. But is it plausible? We’re going to go with a qualified: maybe, but with the amount of fact-checking and altering of structure and argument involved, it is unlikely to be a whole lot more efficient than learning and writing yourself.

According to the user, after the AI does the bulk of the hard work, they fact-check the text it has produced, as well as rephrasing and shaping it, before submitting it for marking.

Programs that can generate news articles have been available for some time now, with varying degrees of success. A study from last year found that deliberately biased text generated by an Open AI program – Generative Pre-trained Transformer 3 (GPT-3) – was convincing enough to persuade some humans away from their original viewpoints, with 63-70 percent rating the AI-generated statements as convincing. The program was particularly effective when a human editor looked over it before it was shown to study participants.

A fair number of text-generating AIs are available, easy, and free to use – and will even fire out some fairly convincing text with the right prompt. For instance, pasting in the opening paragraph to this article generated a reasonable (if slightly suspect) article describing the user’s struggle to keep the AI on track, clearly aware of its own shortcomings.

“The AI had a hard time stringing coherent sentences together, so [redditor MyCognitiveAffectiveExperience (MCAE)]  had to continually correct it. The redditor also said that it was ‘quite difficult to keep the bot on topic.’ However, the biggest problem was that the AI kept trying to switch to different sections of the essay as it was writing,” the SudoWrite bot wrote.

“MCAE was able to get the bot to stick to the general theme of the essay, but it didn’t stick to the points.”

Source Link: Redditor Claims To Be Using AI-Written Essays To Get Straight As In School