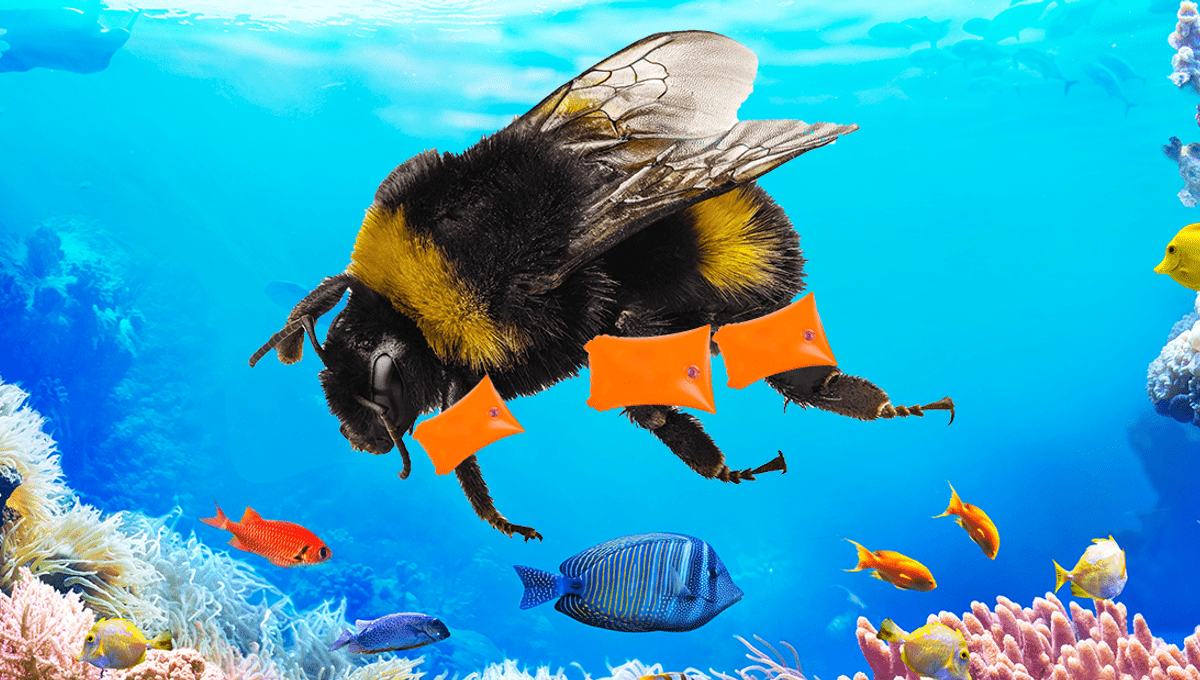 In February, in what was described as a “great day” for the state’s bees, a Californian court ruled that bumblebees are fish. Now, the state Supreme Court has taken a closer look and confirmed that they are indeed fish, in a ruling that has positive implications for the state’s insects (aka fishies).

Now biologically speaking, bees are not fish, as the justices at California’s Third District Court of Appeal and Californian Supreme Court noted in their rulings. Do not expect a Bee Movie/Finding Nemo crossover anytime soon. However, the court decided that bumblebees can be classed as an invertebrate, offering them protection under the California Endangered Species Act.

“The issue presented here is whether the bumble bee, a terrestrial invertebrate, falls within the definition of fish,” the judges of the Third District Court of Appeal said in their summation. Under the state’s endangered species act, “endangered species” can be birds, amphibians, reptiles, mammals, or fish. Insects like bees do not make the cut, under this definition.

However, the judges interpreted that it was “ambiguous” whether the legislature intended for the definition of fish to apply only to aquatic species. In fact, they note, the act already applies to a terrestrial mollusk.

“A fish, as the term is commonly understood in everyday parlance, of course, lives in aquatic environments. As the Department and the Commission note, however, the technical definition in section 45 [of California’s Fish and Game Code] includes mollusks, invertebrates, amphibians, and crustaceans, all of which encompass terrestrial and aquatic species,” the judges said.

“Moreover, by virtue of the express language in section 2067, the Trinity bristle snail – a terrestrial mollusk and invertebrate – is a threatened species under the Act and could have qualified as such only within the definition of fish under section 45.”

The court decided that the Fish and Game Commission has the authority to list invertebrates as endangered or threatened species.

“We next consider whether the Commission’s authority is limited to listing only aquatic invertebrates. We conclude the answer is, ‘no’,” it said. “Although the term fish is colloquially and commonly understood to refer to aquatic species, the term of art employed by the Legislature in the definition of fish in section 45 is not so limited.”

In short, bumblebees are fish if the Fish and Game Commission says they are fish – to provide better protection to them. The decision, though needlessly weird in terms of how fish and bees are usually defined, has been welcomed by groups seeking protection for insects, and other conservationists.

“We are elated with the California Supreme Court’s decision,” Sarina Jepsen, endangered species director with the Xerces Society for Invertebrate Conservation, said. “Today’s decision confirms that California Endangered Species Act protections apply to all of our state’s imperiled native species and is critical to protecting our state’s renown biodiversity.”

“Bees and other pollinators are integral to healthy ecosystems and the crucial pollination services they provide serve all of us making this decision exponentially more consequential,” Pamela Flick, California Program Director with Defenders of Wildlife said in a statement after the February ruling.

The ruling means that other species of insects could be classified as fish to offer them the same protection now afforded to these bees. Chief Justice Tani Cantil-Sakauye added during her ruling that the legislature is free to clarify what was meant by the law, for instance making it clear that it applies to insects.

“With one out of every three bites of food we eat coming from a crop pollinated by bees, this court decision is critical to protecting our food supply,” said Rebecca Spector, West Coast Director at the Center for Food Safety. “The decision clarifies that insects such as bees qualify for protections under CESA, which are necessary to ensure that populations of endangered species can survive and thrive.”

That pollinator, just to stress, now being a fish.