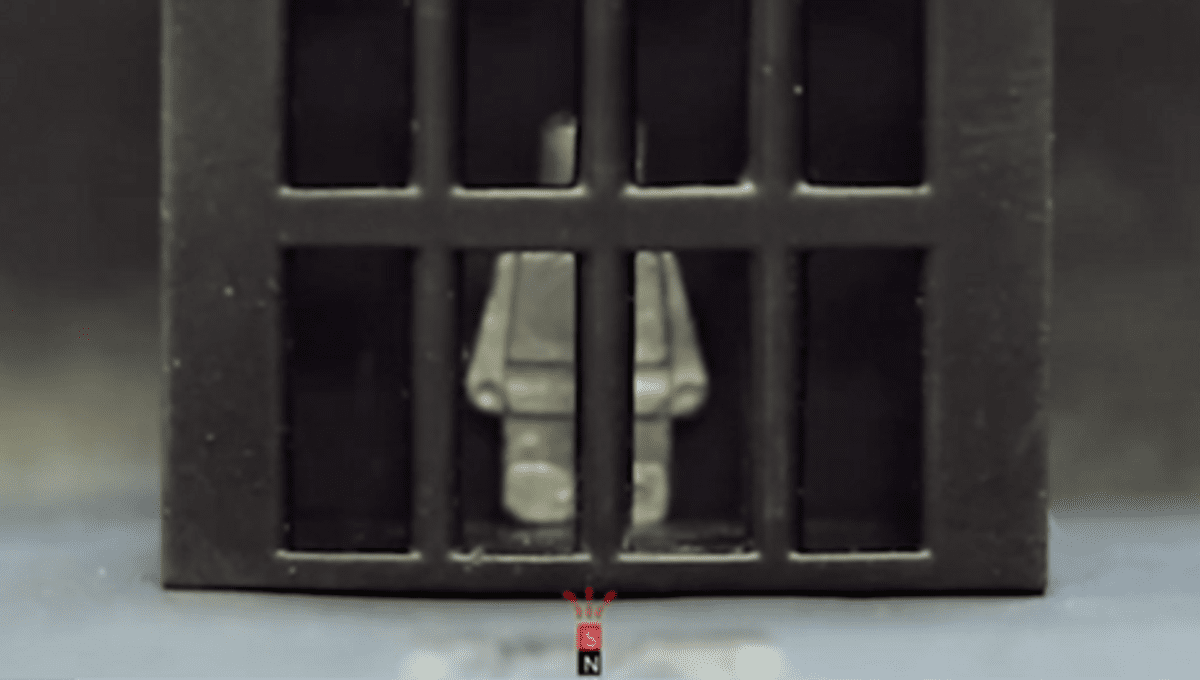 A robot that can shift between solid and liquid states has been filmed escaping from a miniature jail cell with bars too close together to allow it to leave in solid form. The creators claim they were inspired by sea cucumbers’ capacity to alter their tissue stiffness – but the scene is just a little too similar to Robert Patrick liquifying his way through the mental hospital bars for us to believe them. We even see the famous reabsorption of the little bit left behind.

Hard-bodied robots are common, even if they have yet to reach the capacities of science fiction films. Their soft-bodied counterparts can get into tight spaces, but what they can do there is limited, and they are also difficult to control.

A team led by Dr Chengfeng Pan of the Chinese University of Hong Kong has made a robot that can swap states to whichever is most needed, with a video that sums it up. The prison escape may trigger our fears, but robots like these could also provide lifesaving services others cannot.

“Giving robots the ability to switch between liquid and solid states endows them with more functionality,” Pan said in a statement.

The achievement relies on a material that can shift between solid and liquid under the influence of a magnetic field, which the authors call a “magnetoactive solid-liquid phase transitional machine.”

To make it, they needed a metal that turns to liquid close to room temperature. Mercury’s conditions to solidify are too cold, and most other metals require too much heat to liquefy. However, gallium fits the bill, with a melting point of just 29.8 °C (85.6 °F).

The team added neodymium-iron-boron magnetic microparticles to the gallium, which Professor Carmel Majidi of Carnegie Mellon University said serves two roles. “They make the material responsive to an alternating magnetic field, so you can, through induction, heat up the material and cause the phase change.” The induction warmed the gallium from 25 to 35 °C (77 to 95 °F), “But the magnetic particles also give the robots mobility and the ability to move in response to the magnetic field,” Majidi added.

Phase-shifting materials have been made before, but needed external heat sources or electrical currents to transform. Neither is ideal if you want to send the robot somewhere hard to reach, such as inside the human body.

The paper reports that, in addition to the achievements in the video, their little robot can jump 21-millimeter (0.8-inch) moats and climb walls when solid, but subdivide to get around objects before rejoining when liquid. “Now, we’re pushing this material system in more practical ways to solve some very specific medical and engineering problems,” Pan said.

Human body temperature means a metal with a higher melting point than gallium will be required, and the phase change takes longer in liquids than in air because it loses heat faster to the environment. Nevertheless, the potential exists to rapidly deliver drugs to, or remove foreign objects from, the stomach.

Even in the solid phase, the robot only reaches 1.5 m/s (5.4 km/hr) so most people could outrun it if it turned nasty. What the paper describes as “high load capacity” is about 30 kilograms (66 pounds), which is impressive but also not very threatening – but it might be wise to prepare some liquid nitrogen or molten steel for the future.

It’s amazing to think James Cameron couldn’t put the liquid cyborg of his dreams in the first film because CGI wasn’t advanced enough back in 1984. Now we can do it in real life, albeit on quite a small scale.

The paper is published in Matter.