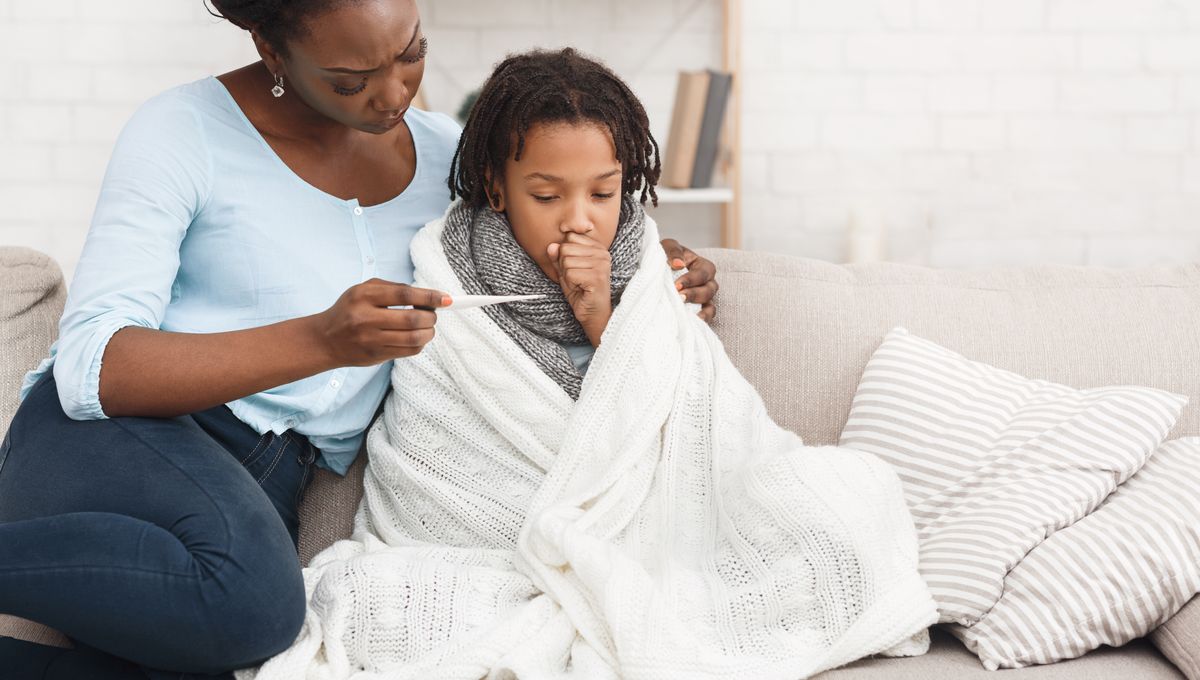 It’s a worrying time to be a parent in the UK. Official data for England shows that the country is seeing higher than usual case numbers of two diseases caused by group A Streptococcus bacteria: scarlet fever and invasive group A Streptococcus (iGAS). Media coverage has often focused on the impact on young children. Now, the Centers for Disease Control and Prevention (CDC) are looking into the possibility of a matching increase in iGAS cases in the US.

Most of the infections with group A Streptococcus, known simply as group A Strep or Strep A, are caused by one particular bacterial species: Streptococcus pyogenes. Although lots of people are carriers of this bacterium without any problems, it can cause various illnesses. Many people will be familiar with strep throat, a sudden-onset painful throat infection caused by this bug. It’s also associated with the skin infection impetigo.

However, in rare cases, Strep A infection can lead to more serious disease. Scarlet fever causes flu-like symptoms, before progressing to a rash that feels like sandpaper. It can be treated with antibiotics. iGAS results from the bacteria entering the bloodstream and, while this is rare, it can have very severe consequences, leading to conditions like streptococcal toxic shock syndrome. The symptoms include fever, muscle aches, and nausea and vomiting. This can rapidly progress to low blood pressure, elevated heart rate, and organ failure.

Sadly, 15 children under the age of 15 are now reported to have died from iGAS in the UK since September. Although infections are up across the board, children appear to be slightly worse affected than usual. “While the rate of iGAS infection is elevated in all age groups, incidence in children aged under 10 has been particularly high compared to levels reported in the last peak season preceding the COVID-19 pandemic,” says the UK Health Security Agency (UKHSA).

Whilst there is some hope that Strep A infections could start to level off in parts of the UK, it’s understandable that some in the US are worried about the possibility of a similar pattern of disease across the pond.

Dr Barbara Mahon of the CDC told reporters on Monday that the agency had “not heard of any notable increase” in Strep A infections, according to USA Today.

Nonetheless, the CDC advises parents to learn the symptoms of iGAS, and to seek medical care quickly if they suspect an infection. By 24 hours after the start of antibiotic treatment, the person will no longer be contagious, so getting prompt medical help can also have a big impact on the spread of the infection.

It is also important for children to be up to date with their vaccinations, particularly for seasonal flu – catching the flu can put you at greater risk of getting iGAS.

With widespread reports of antibiotic shortages in UK pharmacies (although government officials insist that there is no national shortage), plus huge pressures on health services already battling flu, RSV, and COVID-19, the Strep A news paints a concerning picture. It’s important to remember, though, that iGAS remains a rare disease.

“There a lots of winter bugs circulating that can make your child feel unwell, that mostly aren’t cause for alarm,” Dr Colin Brown, deputy director of the UKHSA, told the BBC.

While the CDC continues to keep an eye on Strep A infection trends among US kids, knowing what to look out for could help alleviate some of the anxiety that parents may understandably be feeling. It’s also worth remembering that rapid tests for Strep A are available, so seeking medical advice sooner rather than later could help nip any infection in the bud.

Source Link: Should Parents In The US Be Worried About Strep A?