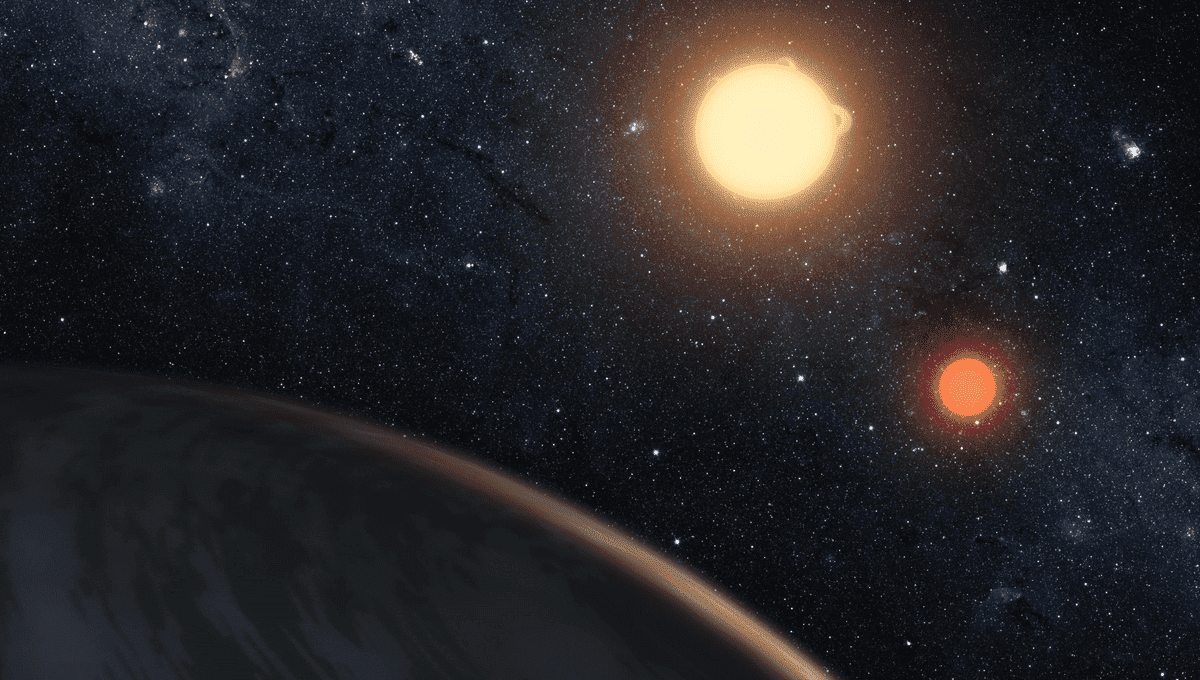 Maintaining a stable orbit around two stars is harder than one, and many planets will often get hot enough to cook any life, or cold enough to freeze it. However, a study of how planetary orbits would evolve over a billion years around different configurations of stellar pairs indicates a substantial minority probably maintain conditions suitable for life. It also provides hints on which systems deserve the closest examination.

One of the biggest questions when it comes to searching for life beyond the solar system is: what type of stars can support life? We know that solitary G-type stars can, otherwise we would not be here. That, however, covers only a tiny proportion of the galaxy’s stars. Unless there is more diversity of locations, the galaxy could be a very lonely place.

Red dwarf M-type stars are the most common, and their capacity to support life is much debated. At the recent American Astronomical Society conference, undergraduate Michael Pedowitz and Dr Mariah MacDonald of the College of New Jersey turned their attention to the second biggest question: whether life can survive on a planet warmed by a pair of suns. After all, there are more stars in binary systems than solo, so including them as possible homes greatly expands the options.

Some binary systems are so widely separated that a planet orbiting one star would be barely affected by the other. Prospects for life here seem good. The more interesting case is circumbinary planets (CBPs), popularly known as Tatooine-like worlds, where the stars are so close together that a planet would need to orbit both to be at a safe distance. It’s these Pedowitz and MacDonald explored, using thousands of combinations of stellar masses and distances between and to the planet.

“Our results confirm that planets orbiting close to a highly eccentric binary quickly become unstable,” the pair reported. Even if such a planet avoided being burned up in one of the stars, the wild temperature swings it would experience would rule out prospects for life, except perhaps deep underground.

However, the pair continued; “Nearly all planets (87%) with semimajor axes at least three times greater than the binary apocenter are stable, regardless of binary mass ratio or eccentricity.”

Orbital stability alone is insufficient, however. Two-thirds of the planets the pair modelled would be either too hot or too cold for liquid water at their surface throughout their orbit. Others would experience habitable temperatures at times, but interrupted by unsuitable conditions. Perhaps life could hibernate through regular deep cold, but it’s dicey at least.

Nevertheless, 15 percent of the stable planets the pair modelled had habitable temperatures for at least 80 percent of their orbit. Eighty percent may seem too low a bar – life can’t afford even brief overheating – but the team’s estimates didn’t allow for oceans and atmospheres that would stabilize temperatures during brief passes close to a star. “We find that potentially habitable CBPs tend to orbit close to binaries with small separation distances, but rarely orbit around binary stars that are similar in mass, as stable planets around such binaries are too cold,” the pair write.

In other words, we can forget about Tatooines or Magratheas orbiting “twin suns”. Instead, planets like these would have one large-sunlike star and one much fainter secondary.

The discovery of a CBP in the habitable zone proved they can exist, but as a gas giant it’s not habitable, although it may have moons that could be. Existing detection methods make it much more difficult to find planets in binary systems, circumbinary or not, which may be why we haven’t found a planet even around nearby Alpha Centauri, but at least now we have a better idea of where to look.

The study was presented at the 241st annual meeting of the American Astronomical Society, and the abstract can be found here.