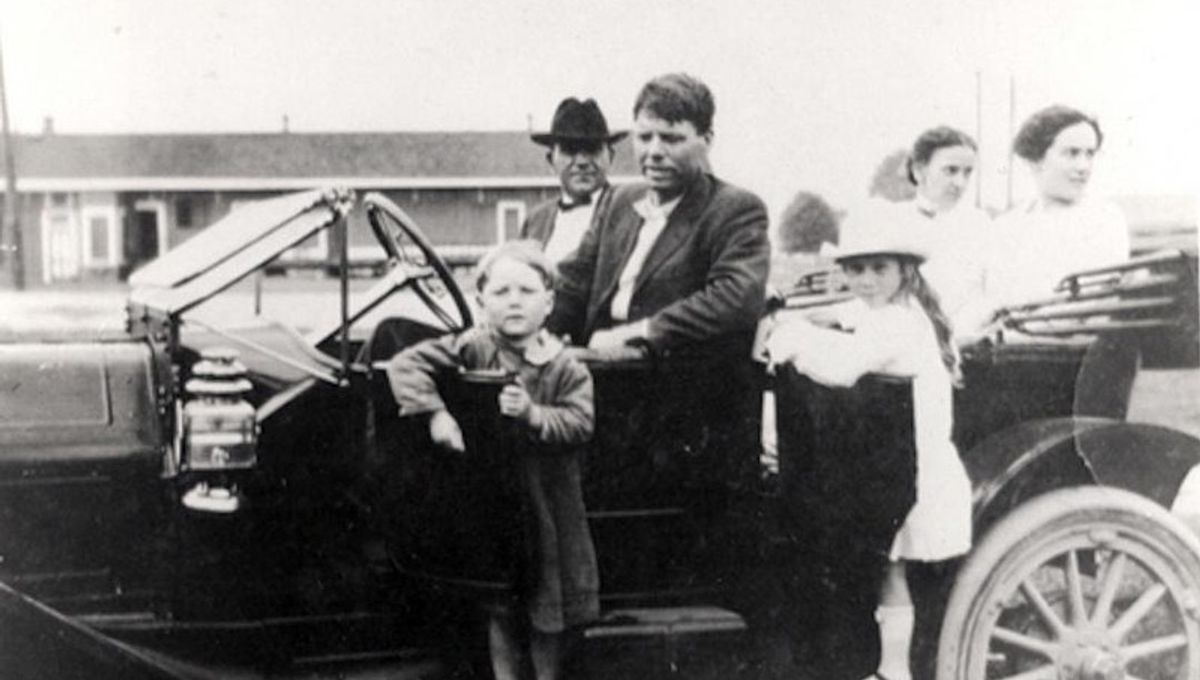 In August 1912, 4-year-old Bobby Dunbar went missing as his family took a fishing trip to nearby Swayze Lake, Louisiana.

An eight-month state-wide search for the boy ensued, and ended when police found a handyman named William Cantwell Walters, who was traveling with a boy who matched Bobby’s description. The boy, Walters insisted, was his brother’s illegitimate child Charles “Bruce” Anderson, and his mother Julia Anderson had left Bruce in his care while she looked for work. Despite others in the town corroborating the story, Anderson was arrested and the child taken to be “reunited” with the Dunbars.

Newspapers at the time gave different accounts of the reunion.

“The boy recognized his mother instantly. ‘Mother,’ he cried as he reached up and stretched out his arms to her. The mother convulsively embraced the boy and then fainted,” one paper read, while another under the title “Mrs. Dunbar Not Positive Lad is Her Missing Boy” said that the child cried upon wakening and seeing the Dunbars, while Mrs Dunbar “fell back with a gasp” and said “I do not know. I am not quite sure”. Papers also dispute whether Bobby said “there’s my bubba, Alonzo” upon seeing his brother, or merely scowled at him.

One notes that the boy was identified “by marks on his body” and the Dunbars “hope that the environment of their home will reawaken some memories in his mind by which they will be more certain”. Nevertheless, the boy settled in as Bobby Dunbar, whether he was Bobby Dunbar or Bruce Anderson. Meanwhile Walters was sentenced to life in prison for kidnapping (which was overturned two years into his sentence).

Then Julia Anderson showed up, claiming – as Walters and others in the town had – that the boy was actually her son, Bruce Anderson. She was allowed to inspect Bobby, but wasn’t certain that he was actually Bruce that day. The following day, she turned up again, this time convinced that he was her son. Unable to afford to take the family to court, however, she was forced to leave and return home.

This might have been the end of the story, were it not for the granddaughter of Bobby – for he believed he was Bobby until his death in 1966 – investigating the matter further.

“Grandma first told me the story during a visit when I was in fifth grade, six years after Grandpa had died,” Bobby Dunbar’s granddaughter Margaret Dunbar Cutright wrote years later, in a book about the disappearance.

“No matter that it had a happy ending and had happened long ago, the story frightened me.”

The way the family told it, Bobby was briefly kidnapped but then returned. However, one day she came across newspaper clippings kept by the family about the kidnapping and subsequent return of a child, and the dispute about who it was. The family, including Bobby Dunbar’s son Bob Dunbar Jr, agreed to a DNA test, comparing Bob Jr to Alonzo’s son.

When the test results came back, they confirmed that there was not a match: Alonzo and Bruce were not related. When he was four, Bruce Anderson had been taken and placed with the Dunbar family, where they raised him believing him to be their son. The fate of Bobby Dunbar, who went missing in August 1912, remains unknown, though many speculate that he drowned in the lake they were visiting.

Source Link: The Disappearance Of Bobby Dunbar, And The Boy Who Came Back