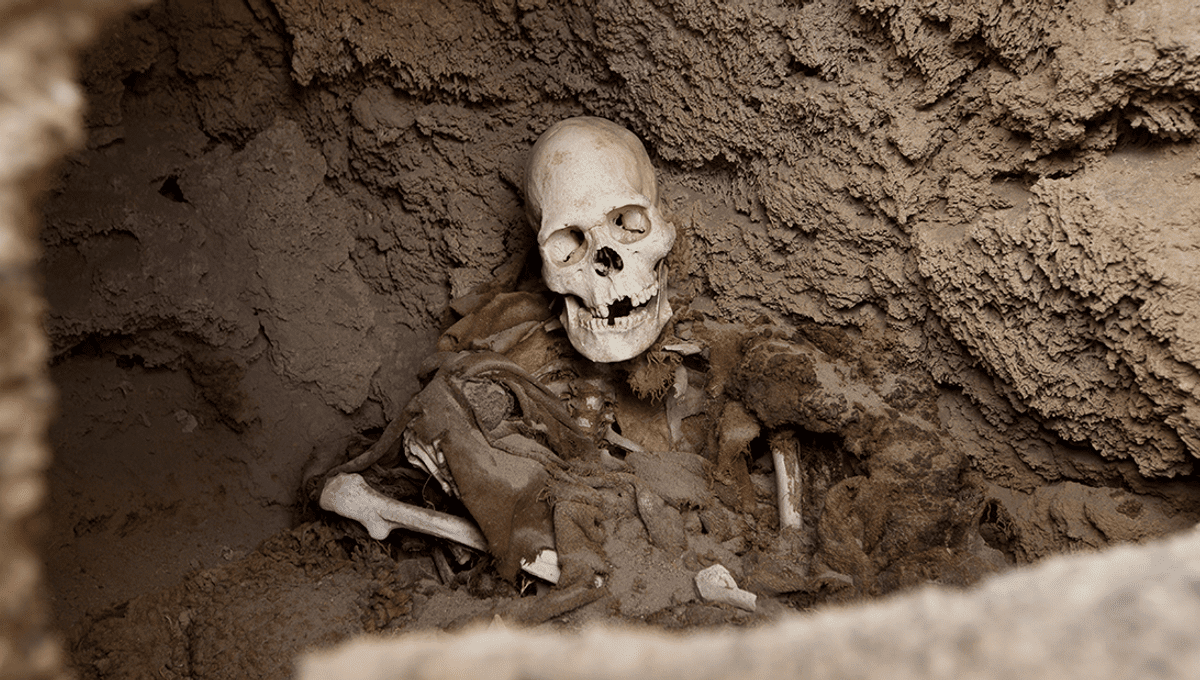 Two 3,000-year-old mummies found buried in the fetal position in Scotland’s Outer Hebrides turned out, upon closer inspection, to be made of six people intentionally merged together.

During excavations at a Bronze Age site in Cladh Hallan on the island of South Uist in 2001, archaeologists found what looked like two well-preserved skeletons. The bodies showed signs that they had been preserved in a peat bog for some time, before being moved for their burial.

Peat is created through the decomposition of organic matter, largely from plant materials such as moss. In particular. when sphagnum moss accumulates enough in wetlands to form a bog, the layers of peat form acids that are incredibly good at preserving bodies.

“These plants acidify the soil while also releasing a compound that binds to nitrogen, depriving the area of nutrients,”  Carolyn Marshall explained in a Ted talk about the bog body known as the Lindow Man. “Alongside cold northern European temperatures, these conditions make it impossible for most microbes to function.”

“With nothing to break them down, the dead mosses pile up, preventing oxygen from entering the bog. The result is a naturally sealed system. Whatever organic matter enters a peat bog just sits there – like the Lindow Man.”

While people have fallen into the bogs and become preserved naturally, bones found at the site indicated that Bronze Age inhabitants of Cladh Hallan deliberately placed bodies in peat bogs to preserve them, something we weren’t aware took place in Bronze Age Britain. The bodies were moved quickly enough that bones did not break down, suggesting they had knowledge of the preservation process. In peat bodies, like the Lindow Man, the acidity of the bog can break down the calcium-rich bones, leaving the skin preserved and flopping around without the scaffolding of the skeleton.

To add a much weirder element to the mystery, archaeologists noticed odd details about the skeletons. In the male skeleton, the lower jaw had all its teeth, while the upper jaw had none. The lower teeth showed signs of wear consistent with having a full set of upper teeth during life, suggesting something was amiss. In the female skeleton, according to Terry Brown, professor of biomedical archaeology at the University of Manchester when the bones were analyzed in 2015, “the jaw didn’t fit into the rest of the skull”.

The bodies were analyzed using DNA testing and found to be from six different people, none of whom shared the same mother. While isotopic dating showed that the parts for the female skeleton date to roughly the same time period, the male skeleton contained parts from people who died a few centuries apart.

One of the skeletons was assembled between 1260 BCE and 1440 BCE, while the other was Frankensteined between 1130 BCE and 1310 BCE. Though there is overlap, archaeologist at the University of Sheffield Mike Parker-Pearson said that “the statistical probability is that they were assembled at different times,” adding that though body parts could have been stuck together through some sort of mix-up, the fact that this happened twice “makes this unlikely”.

So why did people, thousands of years in the past, preserve the bodies of several individuals in two big supercorpses? We may never know for certain, but there are a few theories.

“Maybe the head dropped off and they got another head to stick on,” Brown suggested as one possibility. However, looking at the timing of the mummifications, it could be that the bodies were used as a sort of meaty contract.

“At a time when land ownership — communal rather than private, most likely — was being marked by the construction of large-scale field systems,” Parker-Pearson told LiveScience. “Rights to land would have depended on ancestral claims, so perhaps having the ancestors around ‘in the flesh’ was their prehistoric equivalent of a legal document.”

“Merging different body parts of ancestors into a single person could represent the merging of different families and their lines of descent.”

Source Link: The Scottish Mummy That Turned Out To Be Made Of Three People