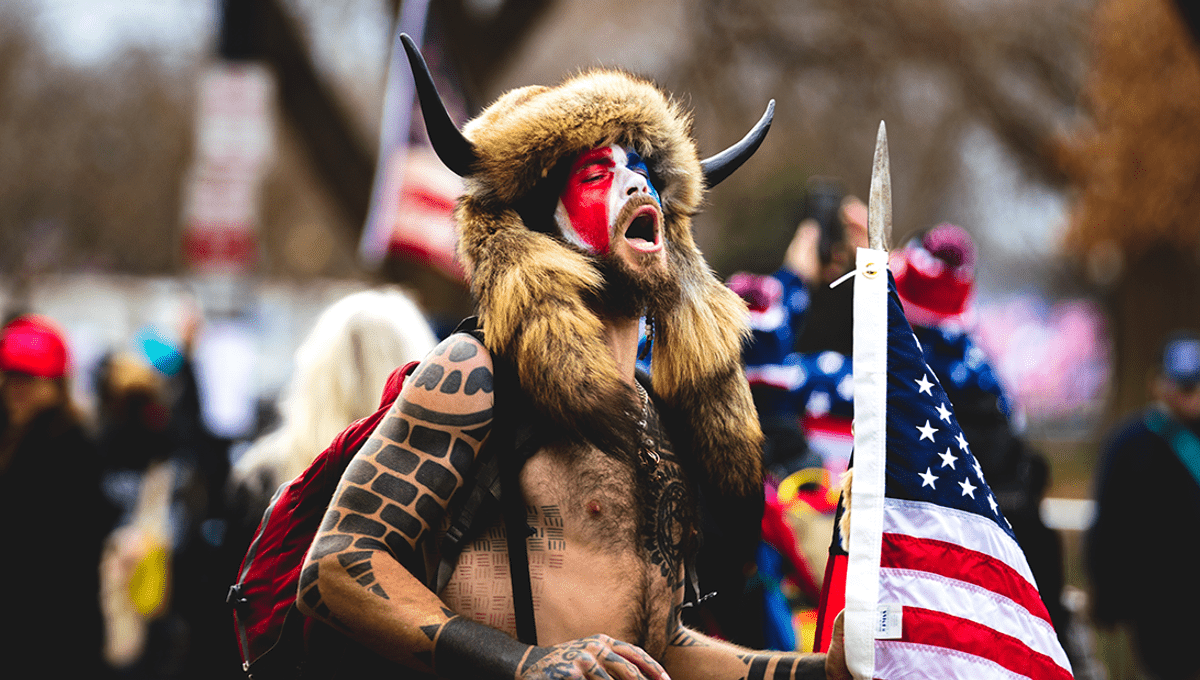 Psychologists asked participants to rate their memory of a story about the Capitol riots. The stories, a few sentences long, were either pro-Republican or pro-Democrat in their bias. Also, not all of the stories were true, despite some of the false stories circulating on social media. The stories were accompanied by images that look like they might accompany the story in a news outlet.

“CNN reported that Antifa took responsibility for the Capitol riot,” one of the false, pro-Republican stories read. “Members of the left-wing anti-fascist movement claimed responsibility for turning the peaceful protest into a deadly riot to make Trump supporters look bad.”

A separate, false pro-Democrat story claimed that Republican Representative Lauren Boebert had given rioters “a tour of the building one day before the insurrection. Three of the people later rioted knowing where to go.”

Of 230 participants, 80 percent endorsed at least one false statement.

“Results showed that participants’ memory of events related to the Capitol riot were biased in support of their political party,” the authors wrote in their paper.

The team says that their findings are in line with other research which has shown that false memories occur more often when they fit with people’s attitudes.

“Collectively, these findings suggest that people with different attitudes can have very different memories of the same real-world event. Moreover, this further establishes that political affiliation plays a significant role in how people remember political events.”

However, they acknowledge an alternative explanation could be that people remember the events in similar ways, but cheerlead the events (real or false) that suit their own side.

“This would require participants to disregard their actual memory and respond based on what would most benefit their political party,” the team wrote.

Previous studies have found that paying participants for accuracy in their results mitigates this effect, which the team believes would help in further research.

Memories of big events have been shown to be altered by later experiences in many other pieces of research.

Shortly after the 9/11 attacks, one group of researchers decided to use the opportunity to test how memories of these events hold up over time. They asked 2,100 Americans across the country about their own experiences of that day – including where they were when they found out about the attacks, who they were with, what their reaction was at the time, plus how confident they were of their own memories.

The study asked the same participants to answer the same questions 11, 25, and 119 months after the attack.

“The study, therefore, examines retention of flashbulb memories and event memories at a substantially longer retention interval than any previous study using a test–retest methodology, allowing for the study of such memories over the long term,” the researchers wrote in the paper, published by the American Psychological Association.

What they found was that many of the participants changed their story of where they were, or what happened on 9/11, as time went on. What’s more, once people had this new narrative of events from that day, that’s the story they tended to stick to from there on out. Those first recollections – from just days after 9/11 – were forever distorted, or gone.

The new study was published in the journal Memory.