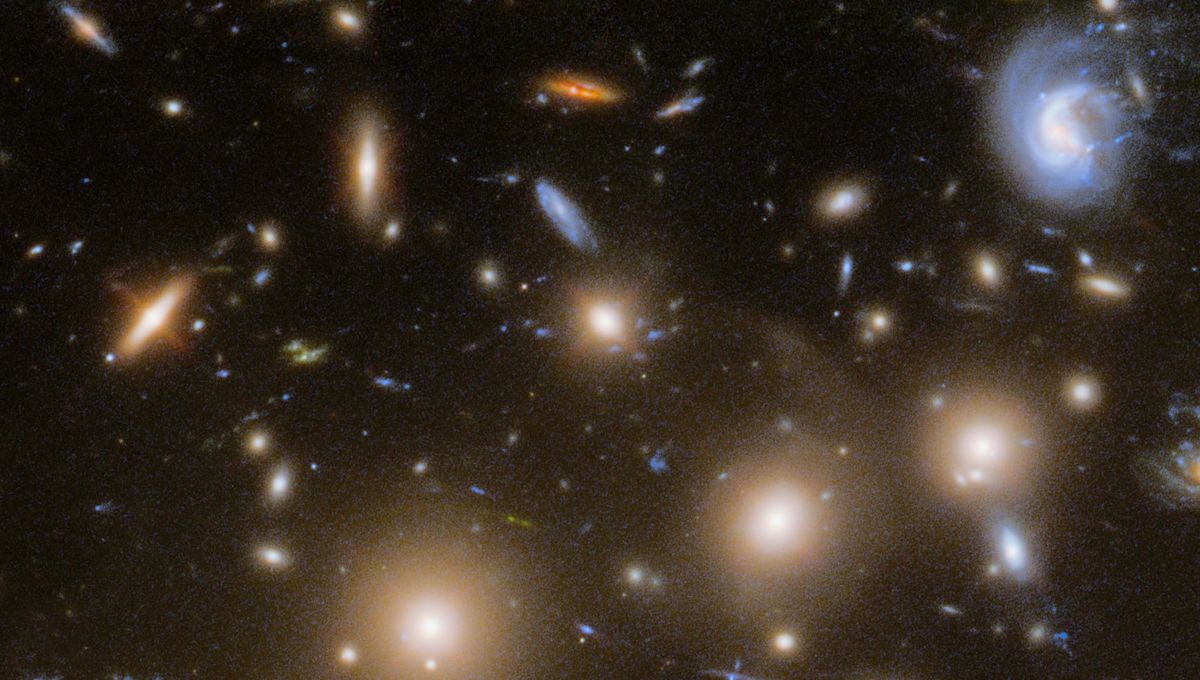 Astronomers have found three observations of how one supernova explosion looked over different days – in a single image. The incredible snapshot did not require a special telescope setup or some cool processing software. The seemingly impossible event is the result of a particular astronomical phenomenon: gravitational lensing.

Anything that has mass warps space-time. Big and dense objects can warp space-time so much that the surrounding area of the universe acts like a lens. Light from background objects is magnified and distorted, just like a glass lens would do, and multiple images can form. There is another phenomenon that is more difficult to appreciate with a regular lens.

Light is taking different paths to reach the observer and form the multiple images we might see. A gravitational lens is usually very big and hardly symmetrical, and the speed of light is finite. So, the different images we see are not views of the same background object at the same time – and that’s an exciting thing, especially for supernovae.

This phenomenon has been used to predict a supernova explosion, simply because astronomers had seen the same star explode before. They simply saw it happen in a different lensed image.

While they show the same object at different points in time, these images come from the same observation of galaxy cluster Abell 370, taken at roughly the same time.

Modeling places this supernova explosion at about 11.5 billion years ago. The observations provide interesting insight into the evolution of the supernova, as it changed color over the course of the first week and a bit. It also allowed the team to estimate the radius of the star before it exploded, something known for only a few supernovae nearby. For such a distant object, it is a fantastic finding.

The team estimate that the original star was a super red giant with a radius between 414 to 687 times the radius of the Sun. That’s equivalent to the star extending almost to the orbit of Mars at the very least, or far beyond the asteroid belt. That was certainly a very large star. Finding more gravitationally lensed supernovae might provide even more details of what stellar populations in the early universe were like.

The work is published in the journal Nature.