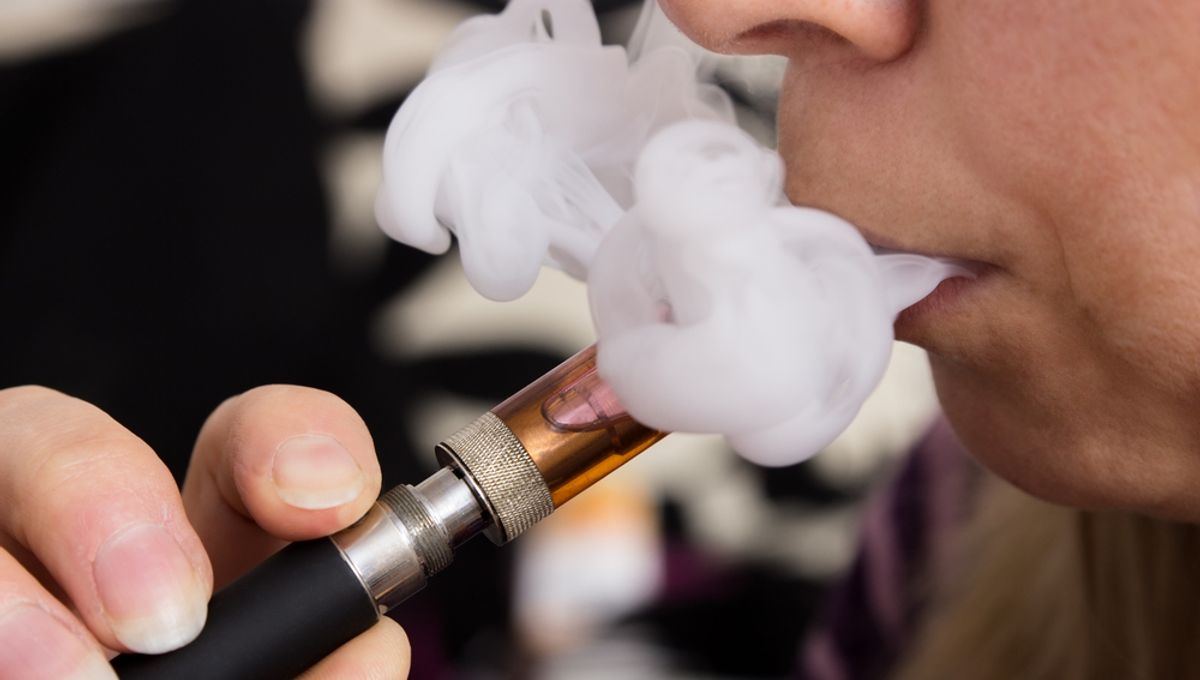 New research has highlighted the extent of the changes that e-cigarettes can cause in the lungs, including altering gene and protein levels inside of the tissue in mouse models. The findings add to a growing body of evidence that e-cigarettes may not be a safe alternative to normal cigarettes and that they require further investigation to understand their molecular effects.

The changes were apparent across all the models that were tested using JUULs, which are now incredibly popular among young people.

“The health consequences of vaping are not known. Our results show that inhalation of the vapor generated by a popular brand of e-cigarette causes widespread changes inside the lungs, data that further highlight that these products are not inert and may lead to lung damage if used long term,” said corresponding author Carolyn Baglole in a statement.

The research was conducted in mice, which were split into three groups: an experimental and two controls. The control mice were exposed to normal room air or a control liquid vapor for four weeks, while the experimental group were exposed to JUUL smoke daily for four weeks to replicate human exposure. Markers of inflammation and genetic damage were then tested for after the study period, to identify any differences between the groups.

After four weeks, the JUUL-exposed mice showed significantly more lymphocytes and neutrophils (white blood cells) in the bronchoalveolar lavage fluid and changes to how mRNA was expressed. Further analysis showed that there were changes in various biological pathways, suggesting that the e-cigarettes were actively making molecular and cellular changes within the lungs.

Of course, the study was done in mice and may not translate to humans, but the results do strongly suggest that e-cigarettes are not inert and are capable of making chemical changes. It also had a short study period, so it is difficult to understand whether these changes are long-term or reversible.

However, compounded with previous research that suggests significant adverse health effects associated with smoking e-cigarettes, the findings point toward the need for more research into e-cigarettes and their potential effects.

The study was published in the Federation of American Societies for Experimental Biology.

Source Link: Vapes Linked To Molecular And Cellular Changes In Lungs Of Mice