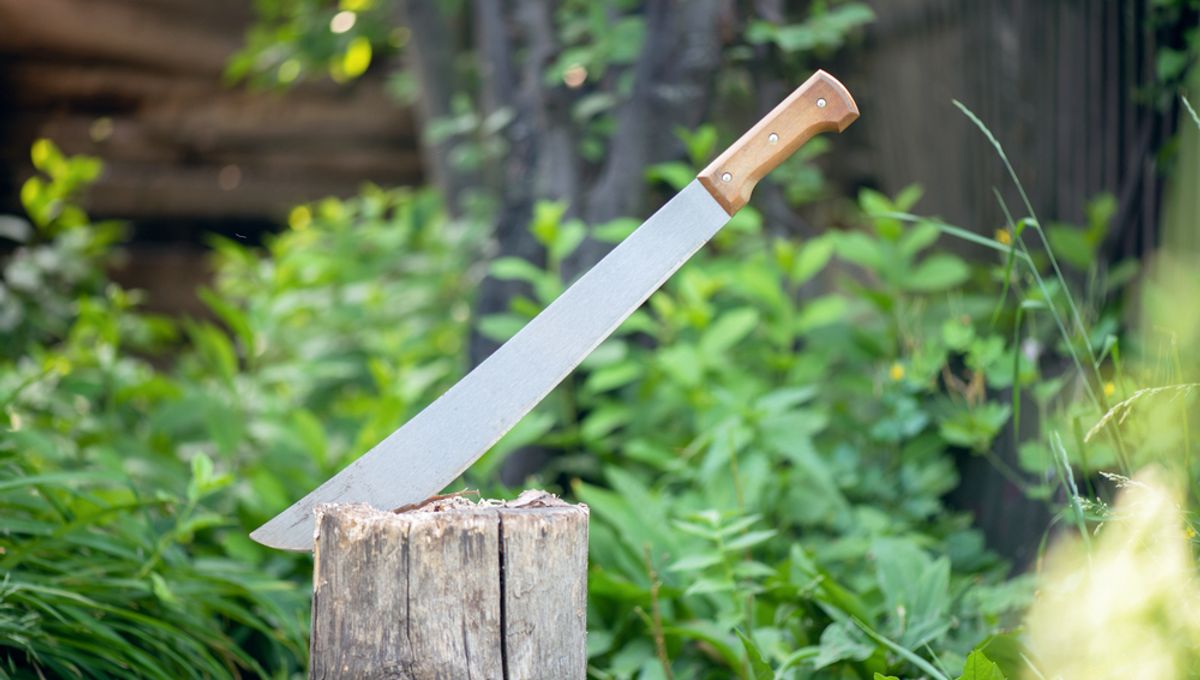 In case you weren’t aware, plants can control robots now. Like anything else with nerves, plants produce tiny electrical signals, and intricate sensors can capture these and turn them into inputs. Now, with a bit of imagination, you could see how the leafy cyborg uprising could begin.

Looking to kickstart that uprising, artist and researcher David Bowen has given a houseplant control of an industrial robotic arm and then armed it with a machete, for science. What happens next is a chaotic display of rage and swinging mayhem, perhaps pent up from all the times they forgot to water it.

“The system uses an open source micro-controller connected to the plant to read varying resistance signals across the plant’s leaves. Using custom software, these signals are mapped in real-time to the movements of the joints of the industrial robot holding a machete,” reads Bowen’s website.

“Essentially the plant is the brain of the robot controlling the machete determining how it swings, jabs, slices and interacts in space.”

While it looks menacing, and sometimes even deliberate, the movements are entirely random and the philodendron is not aware of its newfound power. However, it does display the ease at which even the simplest inputs can result in dangerous outcomes.

The slashing philodendron will now join various other plants hooked up to electronics, including spinach that can send emails and another plant that Bowen hooked up to pilot a drone.