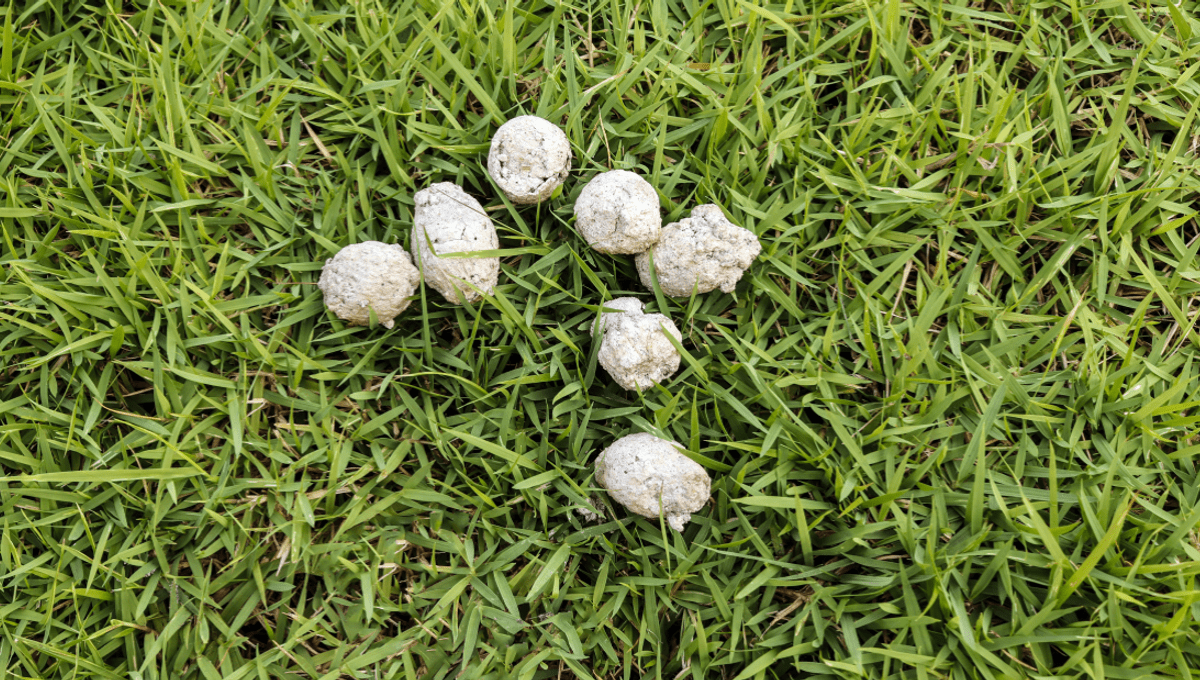 Will Ferrell’s tongue approaching white dog poop to the backing track of Tristan Und Isolde by Richard Wagner is a scene few will be able to forget after watching Step Brothers. As punishments go it’s a pretty good one chosen by the bullies victimizing Brennan and Dale, and it’s also kind of intriguing. What’s going on with white dog poop?

It’s an image that would likely be more familiar to older generations, as a pivotal change in dog care meant white dog poop became less common after the 90s. While there can be different kinds of whiteness in the Bristol Stool Chart of doggos, the most vibrant offenders are often linked to minerals in food.

Once upon a time, dog food was stuffed full of calcium-rich meat and bone meal. The mineral is good for dogs to a point, but there’s a limit to how much can be processed, and how it is rendered alters how absorbable it is. Like humans who take too many vitamin supplements and end up making expensive urine, dogs given too much calcium can sometimes simply push it out of their rear ends.

White dog poop wasn’t what came out of their butts, however, as the snow white hue wasn’t usually revealed until it had been left out in the sun to bake a little. As the water evaporated, calcium stuck around, leaving a peculiar pile of white dog poop cased in a mineral veneer.

A lot of research has gone into finding out what the best diets are for our dogs, with some suggesting that a vegan diet may be “the healthiest and least hazardous” choice, while others raise concern over the environmental impact of wet vs. dry food.

One thing that’s been generally accepted across the board, however, is that bulking up commercial pet food with cheap bone meal isn’t the best option for our pooches. As such, fewer dogs are reaching the hard-to-digest calcium surplus that they were back before the turn of the millennium, and now dog turds left baking in the sun stay looking like, well, dog turds.

What should I do if my pet starts excreting white dog poop?

Generally adult dogs should be able to control their blood calcium by absorbing what they need and pooping out the rest, as in the case of white dog poop. However, hypercalcemia (an excess of calcium) can occur and is toxic, so it’s worth trying to keep dietary calcium levels to the appropriate amount and seek help from a veterinarian if your dog’s poop is looking funny.

Yes. Like humans, dogs experiencing liver and gallbladder problems may have pale stools as a result of not enough bilirubin being secreted into the digestive system. In short, if your dog’s normally healthy bowel movements become unusual, it’s always best to get checked.

According to internet forums, it was actually a powdered doughnut, but we’ll leave this verdict to the internet sleuths.

Source Link: Why Was White Dog Poop So Common Before The 90s?