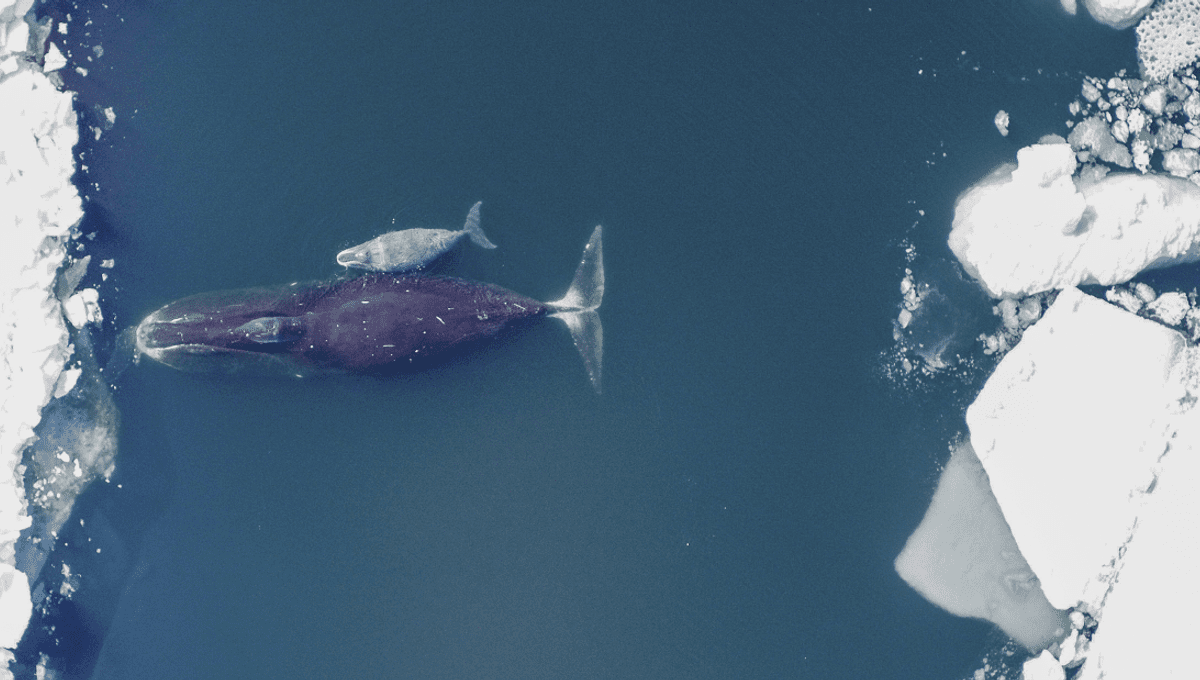 Living forever can get messy in the context of cancer as the longer an organism is on this Earth, generally speaking, the higher its risk of developing a genetic mutation that can lead to disease. Some plucky animals, like the bowhead whale, have adapted to overcome this, becoming one of the longest living species on Earth, but it seems the evolutionary quirk that enabled them to do this may have come with some side effects including unusually small testicles.

Bowhead whales (Balaena mysticetus) can live to be 211 years old and beyond, and a new preprint paper has found that they can enjoy their old age without the Big C looming over them as they have a unique type of gene duplication that slows the division of cells. It’s likely that this genetic quirk is one of many that contributes toward their longevity, but researchers on a new paper think it could well be the most significant.

Peto’s Paradox is the name given to the perplexing phenomenon we observe when animals, like whales and elephants, live to an unusually great age and don’t get cancer. Some estimates put humans’ risk of developing cancer throughout their lifetime at one in two, making the Peto’s Paradox an intriguing source of envy for our species.

Using evolutionary genomics and comparative experimental biology, a research team working at the University of Buffalo in New York decided to dive into the longevity of bowhead whales. Their analyses revealed that they are able to lower the risk of tumor production by slowing cell division, giving each cell more time to fix any damage it incurred before it churns outs more cells that are similarly genetically compromised.

A gene called CDKN2C is to thank for the insurance, and it likely emerged around 4 to 5 million years ago after bowhead whales diverged from right whales. However, where CDKN2C giveth it apparently also taketh away: the gene duplication appears to have a negative effect on male fertility as it influences sperm production and shrinks testicle size.

This is apparently evident in bowhead whales, whose testicles weigh just 200 kilograms (441 pounds). Probably sounds intimidating to the average male human (as it should), but it sounds an awful lot smaller in the context that the testicles of right whales (their close relatives) weigh in at around 1,000 kilograms (2,205 pounds).

“Bowhead whales are an excellent model system in which to explore the evolution of long lifespans because they are closely related to species with much shorter lifespans,” concluded the study authors.

“Our experimental data indicate that CDKN2CRTG may regulate the cell cycle and contribute to enhanced DNA damage repair. These data suggest that Bowhead whales evolved their extremely long lifespans at least in part through duplication of the CDKN2C gene, which may reduce their lifetime risk of developing cancer.”

The preprint was published in bioRxiv.