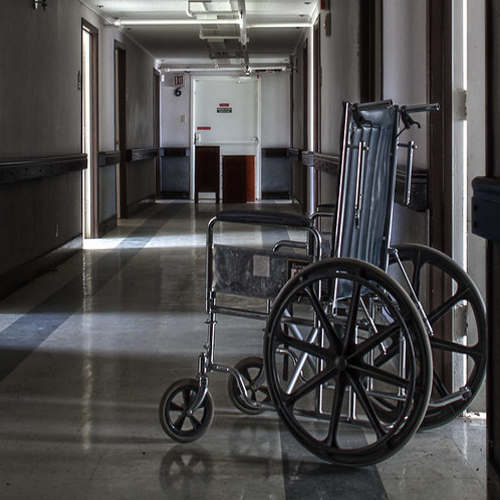 The Centers for Disease Control and Prevention has been tracking outbreaks of acute flaccid myelitis — a serious condition mainly affecting children — since 2014. The CDC hasn’t seen a reason for concern this year, but Facebook posts have wrongly claimed that the agency has issued a “warning of polio-like outbreak” this fall. The false claim originated in an online article that has since been deleted.

Acute flaccid myelitis, or AFM, is an uncommon but serious neurologic condition whose symptoms can look similar to those of polio. AFM can be caused by enteroviruses, which are common and usually cause mild illness.

AFM affects the nervous system, specifically the area of the spinal cord called gray matter, which causes the muscles and reflexes in the body to become weak. Sudden onset of arm or leg weakness, loss of muscle tone and loss of reflexes are the most common symptoms. It can also lead to permanent paralysis.

More than 90% of AFM cases occur in young children.

Despite the lower numbers this year, posts on social media are wrongly claiming that the CDC is “warning of polio-like outbreak coming in children this fall.”

Reports of an upcoming AFM outbreak seem to have originated in an article from the news website Zenger News, posted on Aug. 20 with the headline, “US Warns Of Polio-Like Illness Outbreak In Four Months.”

That article has since been deleted from the Zenger News website. But the claim is still being shared on social media, and other publications have reposted the article, reaching audiences in Florida, Georgia and Tennessee.

We tried to reach Zenger News to learn why the article was deleted, but didn’t hear back.

The Tennessee Tribune reposted the article, adding the note, “The post ‘US Warns Of Polio-Like Illness Outbreak In Four Months’ appeared first on Zenger News,” at the end.

The article claims that on Aug. 17, the CDC “alerted of an expected outbreak of the polio-like disease Acute Flaccid Myelitis (AFM) in the next four months.”

But a spokesperson for the CDC’s AFM team — which maintains an official channel for AFM information — told us in an email that while monitoring the disease “remains a priority for CDC,” the CDC “has not issued an official warning such as a [Health Alert Network] or an [Epidemic Information Exchange] alert to clinicians in 2021.”

“At this time, CDC has not received reports of an increase in suspected cases of AFM,” the spokesperson said. “In collaboration with our partners, we continue to closely monitor the situation and are prepared to respond to any increase in cases. CDC’s AFM Team continues to work with state health departments and professional medical organizations to educate clinicians about AFM in case we do see an increase in cases this year. Early recognition and hospitalization of patients suspected to have AFM is critical, as AFM can lead to respiratory failure.”

The latest CDC alert for AFM came in August 2020, when the CDC anticipated a “peak year” in AFM cases, because “the disease has peaked every two years between August and November in the United States since 2014.” The alert also questioned how protective measures put in place for the COVID-19 pandemic would affect the circulation of viruses that can cause AFM, stating, “AFM cases may be fewer than expected or the outbreak may be delayed” if “social distancing measures decrease circulation of enteroviruses.”

In 2018, Robert R. Redfield, then director of the CDC, ordered the AFM Task Force to assist an investigation into the origin, treatments and outcomes of the disease.

The task force is working to learn why a few people develop AFM after having a virus. Since they don’t know what triggers AFM, “there is no specific action to take to prevent AFM,” according to the CDC.

However, the CDC says, you can take steps to prevent getting sick from a virus by:

There is no specific treatment for AFM, but a clinician who specializes in diseases such as AFM may recommend certain interventions on a case-by-case basis.

Although the symptoms of polio and AFM look similar, none of the AFM cases in the U.S. have been caused by the poliovirus.

Poliomyelitis, or polio, is a disabling and life-threatening disease caused by the poliovirus. The virus spreads from person to person and can infect a person’s spinal cord, causing paralysis.

The first polio vaccine was available in the U.S. in 1955. Because of widespread vaccinations, the U.S. has been “polio-free since 1979,” according to the CDC.

Editor’s note: FactCheck.org is one of several organizations working with Facebook to debunk misinformation shared on social media. Our previous stories can be found here.

The AFM team. Email from spokesperson sent to FactCheck.org. 3 Sept 2021.

Centers for Disease Control and Prevention. “Symptoms of AFM.” 29 Dec 2020.

Centers for Disease Control and Prevention. “Vaccines and Preventable Diseases.” Updated 4 May 2018.

Centers for Disease Control and Prevention. “Vaccines and Preventable Diseases – Polio.” Updated 4 May 2018.

The post CDC: No Warning Issued for Acute Flaccid Myelitis in 2021 appeared first on FactCheck.org.